4-year-old, man found in Glendale Heights apartment fire were killed by gunshots to their heads: coroner 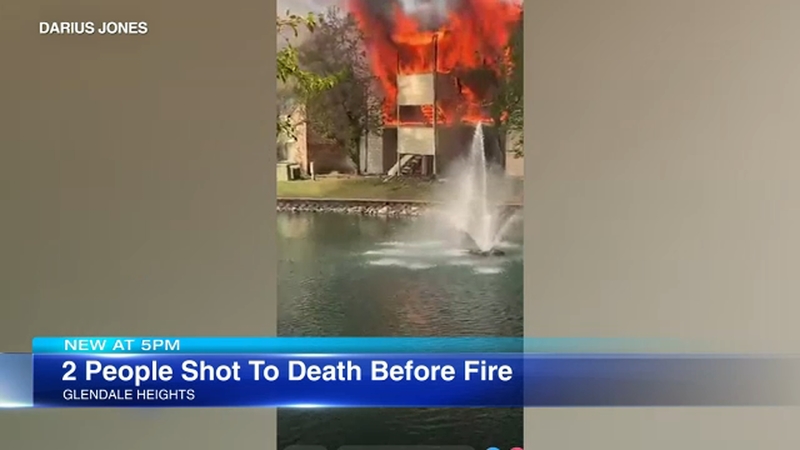 GLENDALE HEIGHTS, Ill. -- A child and man found dead in a Glendale Heights condo fire in August were each killed by a gunshot wound to the head, according to preliminary autopsy results released Thursday.

Despite the autopsy results and "boom" heard by witnesses ahead of the Aug. 24 fire in the western suburb, police have still not revealed the circumstances leading up to the fire at the Waters Edge condominium complex.

DuPage County Coroner Richard Jorgensen on Thursday said he has not yet ruled if each death is considered a homicide or suicide.

Two people are dead and a child was injured in a massive Glendale Heights fire in a condominium complex that left other residents stunned.

In a statement issued Wednesday, Glendale Heights police said responding officers learned that three people were on the second floor "where the explosion occurred" and rushed to the unit, where they rescued a 6-year-old child with minor injuries.

The officers entered the home again and tried to access the second floor unit, but were unable to enter the unit due to the heat and smoke from the fire, police said. Officers then assisted with the evacuation of the remainder of the residents in the building. The officers were later treated at a hospital for minor injuries.

Police said the investigation into the two deaths was ongoing.

Deputy Chief Brandon Oliver on Thursday said no one was in custody in connection to the incident, but that there is "no threat to the community."