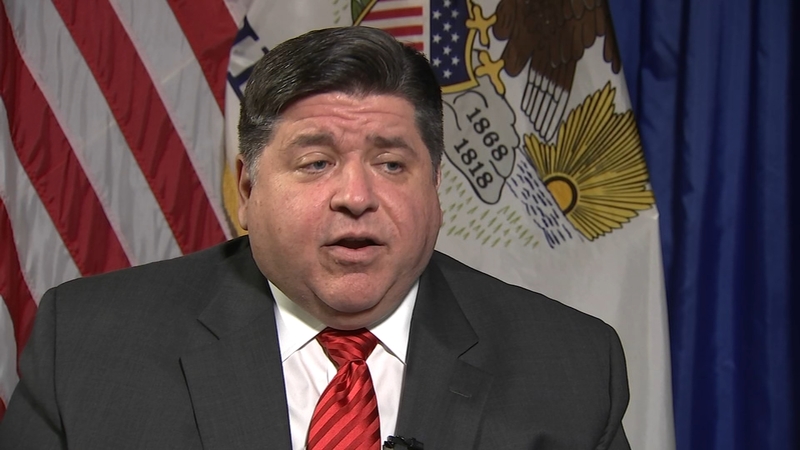 Illinois' freshman governor, JB Pritzker, is wrapping up his first year in office with a stack of accomplishments on his resume, but some looming issues ahead, including ethics reform.

ABC7 Political Reporter Craig Wall sat down for a one-on-one interview with Gov. Pritzker, who revealed the unexpected thing he learned on the job in 2019.

This year was very good to Pritzker, the first-term Democrat benefiting from having super majorities in both the Illinois House and Senate.

"Well, we had really a very successful year at turning around what had been a mismanaged and dysfunctional state government," Pritzker said.

From passing a balanced budget with a $45 billion capital improvement plan, to getting marijuana legalized for recreational use, to pension consolidation for many police and fire departments state-wide, Pritzker was able to get most of his legislative priorities.

When asked about his most significant legislative win this year, Pritzker noted raising the minimum wage.

Pritzker said his biggest frustration is that he'd like to move faster.

Pritzker did get legislation passed requiring more transparency from lobbyists, but did not get comprehensive ethics reform, instead having to settle for establishing an ethics commission. That despite a year marked by widespread federal corruption probes that saw the feds raid Senator Martin Sandoval's Springfield offices, charge Senator Tom Cullerton with embezzlement, and State Representative Luis Arroyo with bribing another lawmaker.

"Frankly, I think every one of the people who've done something wrong need to get the hell out of Springfield," the governor said. "They need to get out of public office."

In 2019, Pritzker launched an effort to change the state's income tax from a flat rate to a progressive one. Dubbed the "Fair Tax," Pritzker says it will save money for 97% of Illinoisans. But critics say it will eventually lead to tax hikes on the middle class.

The issue will be put to voters next November.

"This one is actually better for families," Pritzker said. "If you are a family in Wisconsin at the upper end, you'd rather move to Illinois than live in Wisconsin based upon the rates that we've put forward."

When asked about an unexpected lesson this year, Pritzker talked about the friendships he developed across the aisle.

"People who even when we disagree, you don't have to be disagreeable," he said.

"There's so much rancor in politics today, right, in Washington and frankly has been in Springfield, and I wanted to try and change that and so I did work hard to do that, I think I have changed the tone," he said.

Despite all his success during his first year, Pritzker said he has not even started thinking about whether he'll run for a second term.