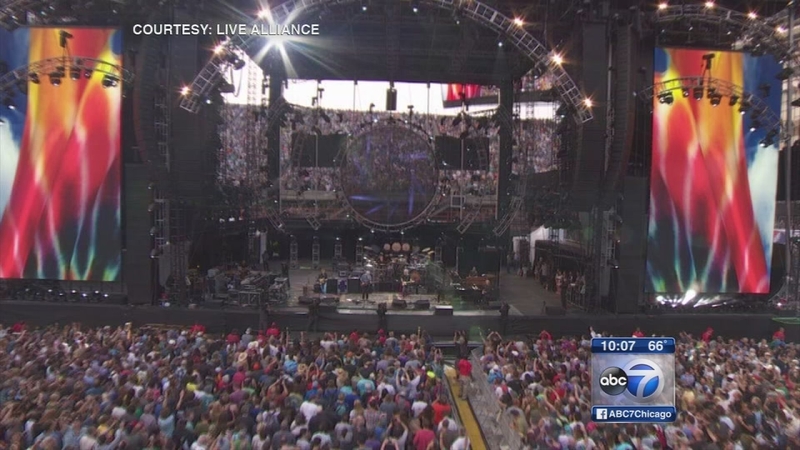 Thousands of fans flocked to town to say goodbye to the band, who have been together for 50 years. The tour is called the "Fare Thee Well" tour, marking the last time the original members will play together.

They took the stage to an outpouring of love from 70,000 fans who savored every song.

A sea of tie-dye flowed into Soldier Field for moment priceless to Dead Heads from around the country. 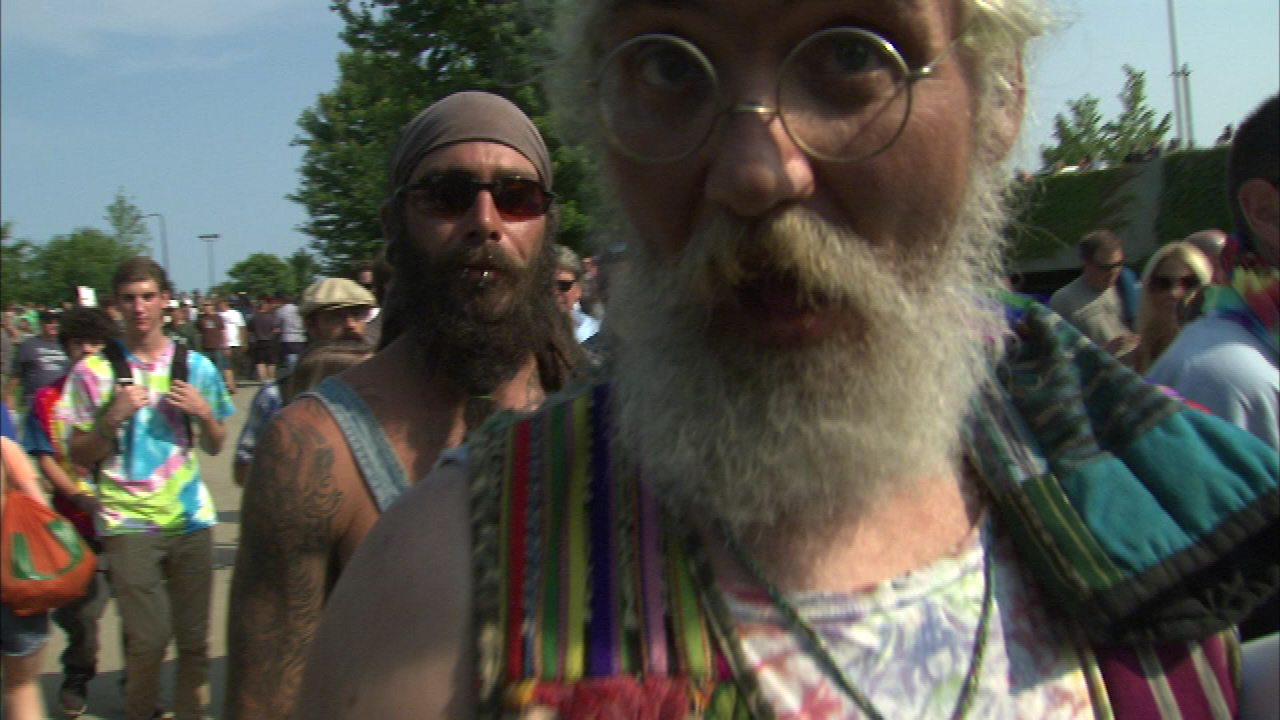 "I've been doing this since 1981," said Bill McGurrin. "It pretty much still consumes my life and my free time."

"The Grateful Dead are the greatest thing," said Tim Daniels. "This is the center of the universe right now."

Many fans say it's hard to believe the concerts are over after this weekend.

"I'm going to enjoy Sunday a lot," said Scott Franzyshen, who traveled from Colorado for the shows. "And yeah, it's the most important show to me. The last song at the last show, yeah, bittersweet."

But for most, the atmosphere is one of joy and celebration.

Soldier Field was the last place legendary guitarist Jerry Garcia played with the band before his death. It's been nearly 20 years to that day, and 40-year-old Bill Sly recalls selling beer in the parking lots while following them on tour. A lot has changed since then.

"I slept in a gutter just down the street by McCormick Center last time I was here," Sly recalls. "And tonight, I'm sleeping on a yacht."

Also since then, new fans have joined those with a "Touch of Grey."

"It's like all age groups, from young to old, teenager to 70s," says Dana Berlincourt, who traveled from Ohio. "Everyone loves the Dead."

For the Ahlers from North Carolina, the concert is a family affair. Their youngest Dead Head is just 20 months old.

"It's beautiful. It's touching," says Shifra Ahlers. "It's emotional."

"It's a special thing for us to be able to come back to a Grateful Dead show after so many years and let the kids experience that with us," says Jordan Ahlers.

These final concerts are a worldwide event. They're being streamed and broadcast on Pay-Per-View, and there are viewing parties all around the country.