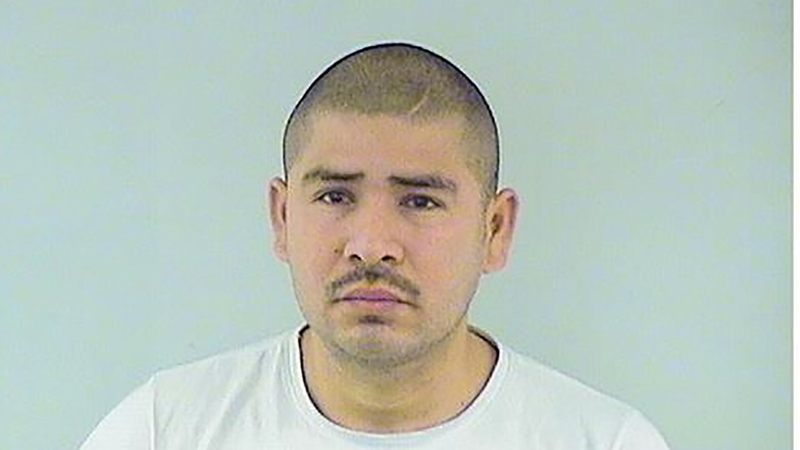 WAUKEGAN (WLS) -- The man who police said caused chaos on a Greyhound bus heading to Chicago was denied bond in a court appearance Sunday morning.

The suspect, 33-year-old Margarito Vargas-Rosas, spoke through an interpreter during his first court appearance.

He faces a "fugitive from justice" charge, extradition to Wisconsin, and possibly more charges. He is being held with no bond.

Authorities say Vargas-Rosas is in the U.S. illegally and has been deported to his native country of Mexico before.

Friday night, on a greyhound bus from Milwaukee to Chicago, passengers reported Vargas-Rosas was acting erratic, being confrontational and threatened to kill them, even motioning he may have a gun.

The threats lead to a massive police response from both Wisconsin and Illinois.

State police tried to pull the bus over, but the driver didn't comply, telling officers he thought it was just a drill.

After deploying spike sticks, the bus finally came to a stop on I-94 in Wadsworth, near the Route 173 exit, both directions of the roadway were shut down while authorities made their arrest.

While in custody, authorities said Vargas-Rosas even threatened to kill the officers, although no weapon was found.