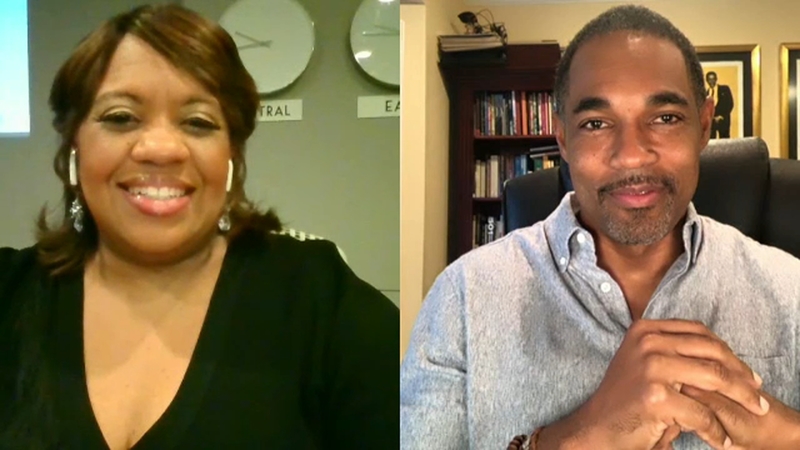 NEW YORK -- Worlds collide in the season premieres of "Station 19" and "Grey's Anatomy."

Station 19 is back for its fourth season after the huge bombshell that Andy's mother is still alive!

Meantime, "Grey's" gets back into action for season 17, after a lot of big reveals and cliffhangers last season. The biggest, what is going on with Teddy and Owen's wedding or lack of a wedding. You'll remember Owen heard a steamy phone call while he was in the operating room between Dr. Koracick and Teddy.

The #GreysxStation19 premiere will leave you shook 😱 Tune in Thursday, starting at 8|7c on ABC. pic.twitter.com/FBEbmxMDWc

Chandra Wilson (Miranda Bailey) and Jason George (Ben Warren) took some time out to talk about the big crossover premiere event and what's next for their characters and both shows.

So what's the status of their characters' relationship?

"We are surviving just like everybody else is surviving, and we are taking care of each other to the best of our ability under the circumstances of being two frontline workers with a family. We get the opportunity to show how we have decided to keep each other safe and keep our family safe," Wilson said.

"It's a blessing to be able to represent that and it really humanizes these people that we think of and we know to be heroes, but it takes it to that other level because we realize the sacrifice that comes with it," George said.

Both say it's really special that their characters are the ones that link the two shows together.

"We just crossover whenever we get the chance!" George said.

"In so many episodes we pick up where 'Station 19' ended," Wilson said. "So when they say it's a crossover event it's like a regular old week."