Are gun silencers a threat to safety? 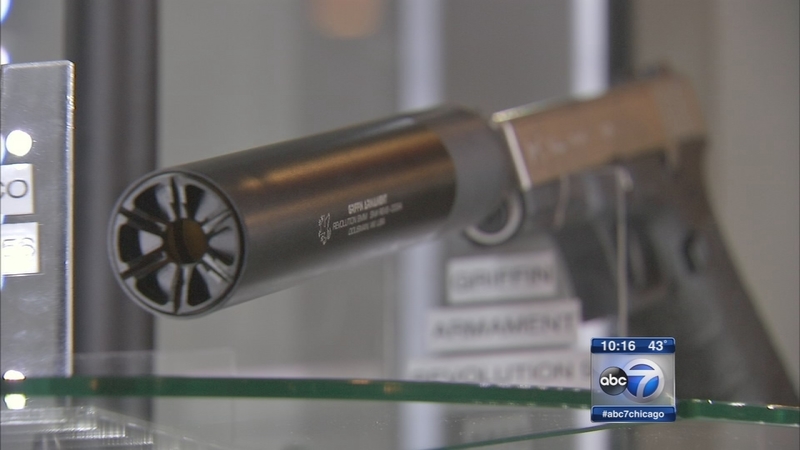 Are gun silencers a threat to safety?

CHICAGO (WLS) -- As shootings in Chicago increase, so does the debate about whether Illinois should legalize silencers.

Silencers used by criminals on TV and in movies; this is how most people know of the device.

Sponsors of a bill to make them legal in Illinois say the Hollywood interpretation is pure fiction. There are strong opinions on both sides.

"It protects your hearing and makes the user, the person firing the firearm, more comfortable and less likely to flinch or to jerk when he pulls the trigger," Waldron said.

But the safety of the person firing the gun is not what concerns law enforcement.

"Frequently the telephone calls that come in to law enforcement about problems that occur on streets come from neighbors and the like who have heard gunshots out there; it draws law enforcement to the area where the shots were fired from," said Cook County Sheriff Tom Dart. "If there was none of that, it would decrease the ability for law enforcement to get to a location and quickly find out what happened and maybe the people who did it are still in the general area? Yeah, it would hurt."

Sheriff Dart isn't alone. Chicago police officials told the ABC 7 I-Team that CPD is against the bill, as is the Illinois Association of Chiefs of Police.

"Nothing is going to change except sportsmen will retain their hearing and children growing up today won't have that permanent ringing in their ears like I have," said Tim Harmsen, owner of Copper Customer in northwest Indiana.

So the ABC 7 I-Team went to a shooting range to hear the difference ourselves and found that the suppression of the handgun blast is exceptional.

"The truth of the matter is, we are not saying just get these out like candy. You are still getting a background check, you are still paying government taxes, you are still doing all the things you have to get one of these - which is a lengthy and expensive process," Waldron said.

"Would it further embolden people? Sure it would, how would it not, part and parcel of shootings is that people are trying not to get caught so now you are infecting something that increases the chances that you won't get caught," Sheriff Dart said.

A 2007 study found silencer use in crime is rare. Since this report was published, the number of states legalizing silencers has soared as a new silencer lobby teamed up with the NRA's mult-million dollar lobbying arm. Together they campaigned for legalization of silencers.

They've been around since the 1930s, but now silencers are legal in 40 states and the fastest growing sector of the gun industry.

Among the few holdouts, states with the highest populated urban centers - California, New York and Illinois.

Just last week, the Minnesota legislature approved silencers but their governor is threatening a veto.

"Suppression of gun noise is a risk to law enforcement officers and also the innocent bystanders near the scene or in the neighborhood," said Minnesota Gov. Mark Dayton.

"It seems to me that in this day and age, the downside is just too great," Sheriff Dart said.