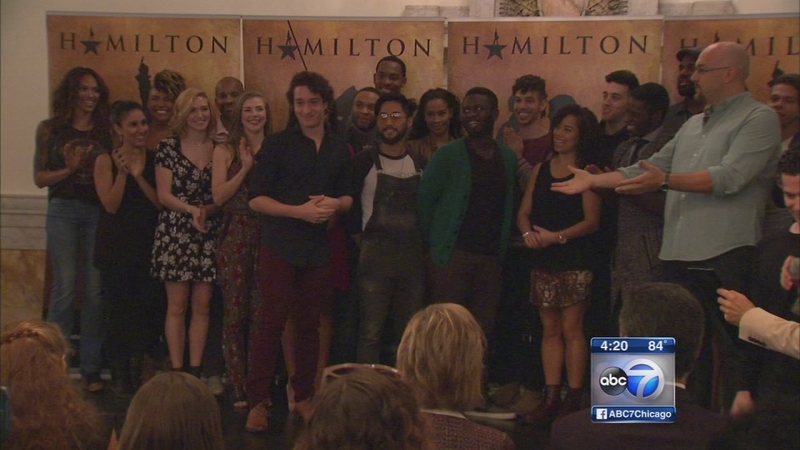 CHICAGO (WLS) -- The Chicago cast of "Hamilton" was introduced Tuesday, the first day of technical rehearsal.

Fans are eagerly awaiting the show, which debuts at the Private Bank Theatre on Sept. 27. Chicago is the first time the blockbuster musical will be seen outside of New York.

The show, which features Lin-Manuel Miranda, has earned multiple Tony awards and tells the story of our Founding Fathers in the modern context of hip hop and rap.

Taking over for Miranda in Chicago is Miguel Cervantes as Hamilton.

"There is pressure," said Cervantes.

In this cast, there are a few actors who have graced the Chicago stage on tours, but one actually studied acting in Chicago - Jose Ramos, a graduate of the Chicago Academy of the Arts.

"This is my home. It's pretty amazing to be back here," Ramos said.