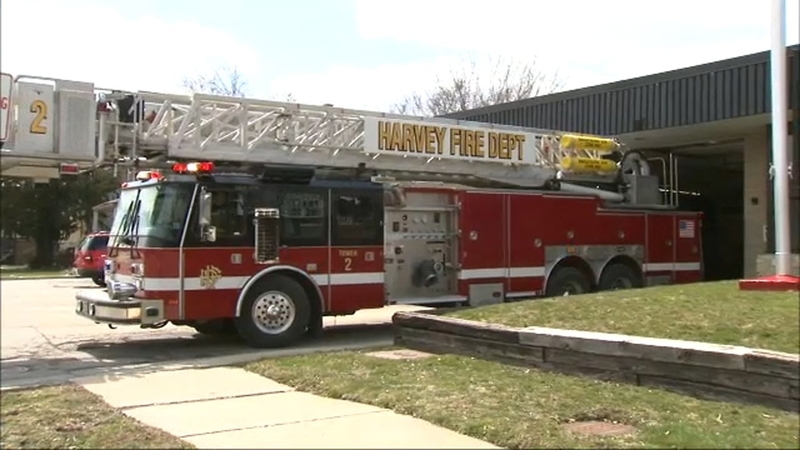 Union: Half of Harvey Fire Department laid off after court orders payment to pension fund

HARVEY, Ill. (WLS) -- The Harvey Firemen's Association union said the city has laid off half the fire department after the city was ordered to pay its police and fire pension fund.

The union posted about it on their Facebook page Tuesday afternoon, saying, "The city has laid off 18 firefighters, half the fire department is gone! Prayers for the citizens and families of those laid off."

City officials would not confirm those numbers, or any other details about possible layoffs, but did say layoffs to fire, police and other departments would be necessary.

"We crunched numbers all night, and it's unfortunate that we are forced to do layoffs as a result of this issue," said Harvey Police Chief Gregory Thomas.

The issue has been a longstanding problem with the fire and police pension funds.

After failing to make payments for more than a decade, the city recently began contributing to the pension funds again.

But per state law, Comptroller Susana Mendoza is currently withholding more than $1 million in revenues due to the city to make sure the pension fund is paid.

City officials are crying foul, saying the city's collection rates on property taxes are not enough to sustain government operations, and they need those state funds to operate.

But on Monday, a judge agreed with the state and the money will be on hold to deal with the pension problem.

Harvey officials held an emergency meeting Monday night with city employees and warned there could be major layoffs due to lack of funds. Officials argue the city has engaged with negotiations with police and fire officials with no resolution.

"Despite this unprecedented move by the state comptroller, the city will remain safe and secure despite the possibility of massive layoffs," said Harvey Mayor Eric Kellogg.

On Tuesday morning, Harvey officials were speaking with the state comptroller's representatives. The Harvey comptroller said pensions will not be sustainable going forward and Harvey's city attorney said the city is planning on filing appeal to stop the state from withholding funds.

Harvey officials say employees will be paid on Friday, but after that, no one knows if they can pay their bills.