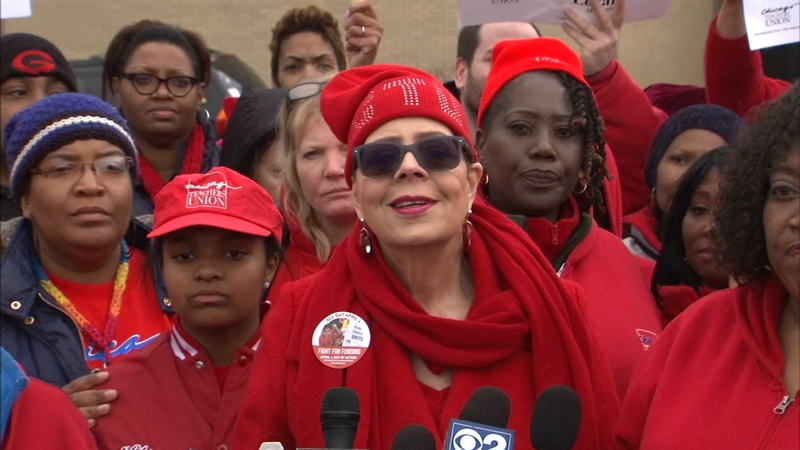 Lewis was diagnosed with an aggressive type of brain cancer in 2014 at a time when she was considering a run for Mayor. She returned to work after treatment, but had a stroke in 2017

CTU vice president Jesse Sharkey released a statement saying Lewis is "in great spirits" and she said to "tell our delegates, let's get ready to fight!"

"As we all know, Karen is a fighter. She is looking forward to coming rallies, actions and negotiations," Sharkey said in the statement.

Mayor Rahm Emanuel released a statement, saying, "While we have sat on opposite sides of the negotiating table, I have been proud to call Karen Lewis a dear friend and close confidante. Karen has faced her health challenges with the same fearlessness, tenacity and resolve that have made her a legendary labor leader and earned her the respect of Chicagoans and educators around the world. I join residents across Chicago in wishing Karen Lewis a full and speedy recovery."