Surgeon with Ebola coming to US for care 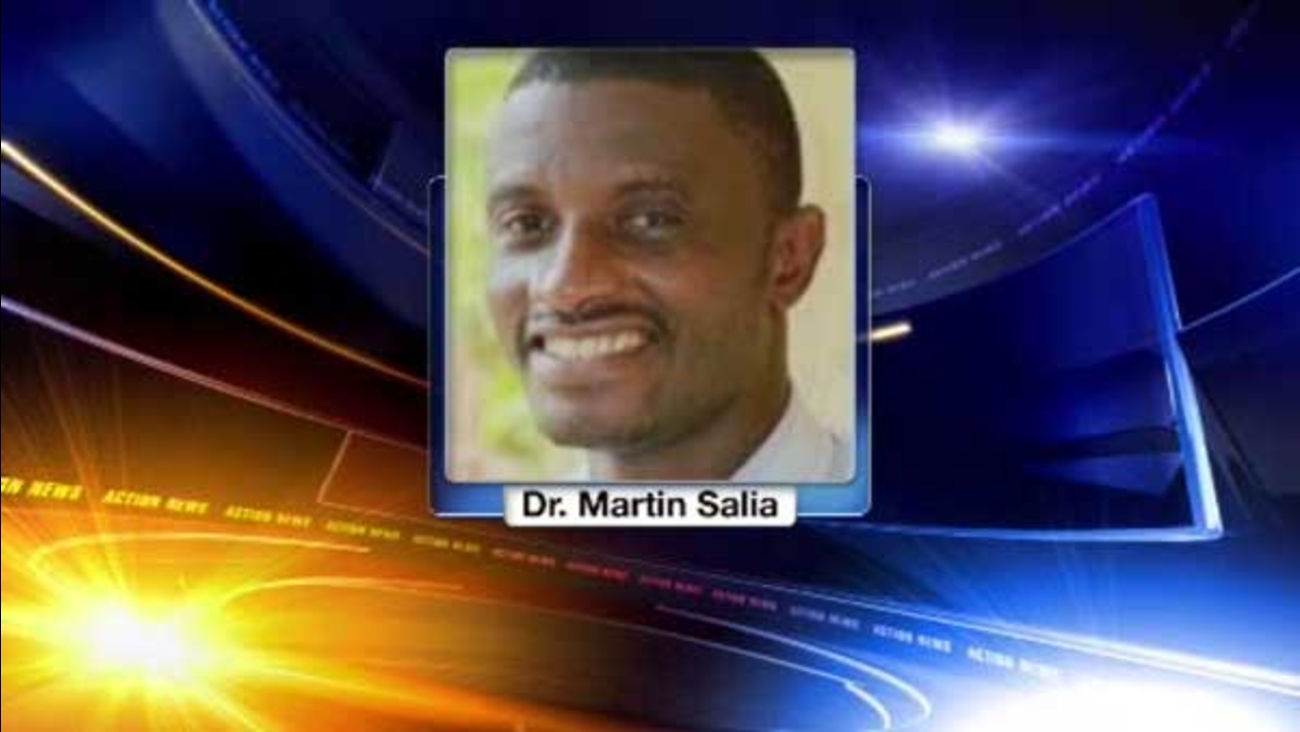 Dr. Martin Salia was to be taken to Omaha to be treated at the Nebraska Medical Center, Sierra Leone's chief medical officer, Dr. Brima Kargbo, told The Associated Press on Friday. Salia reportedly lives in Maryland.

Salia is a general surgeon who had been working at Kissy United Methodist Hospital in the Sierra Leone capital of Freetown. Patients, including mothers who hours earlier had given birth, fled from the 60-bed hospital after news of the Ebola case emerged, United Methodist News reported.

The hospital was closed on Tuesday after Salia tested positive and he was taken to the Hastings Ebola Treatment Center near Freetown, the church news service said. Kissy hospital staffers will be quarantined for 21 days.

A Sierra Leone citizen, the 44-year-old lives in Maryland and is a permanent U.S. resident, according to a person in the United States with direct knowledge of the situation. The person was not authorized to release the information and spoke on condition of anonymity.

The doctor will be the third Ebola patient at the Omaha hospital and the 10th person with Ebola to be treated in the U.S. The last, Dr. Craig Spencer, was released from a New York hospital on Tuesday.

The Nebraska Medical Center said Thursday it had no official confirmation that it would be treating another patient, but that an Ebola patient in Sierra Leone would be evaluated for possible transport to the hospital. The patient would arrive Saturday afternoon.

Salia came down with symptoms of Ebola on Nov. 6 but test results were negative for the deadly virus. He was tested again on Monday, and he tested positive. Salia is in stable condition at an Ebola treatment center in Freetown. It wasn't clear whether he had been involved in the care of Ebola patients.

The U.S. State Department said it was helping facilitate the transfer of Salia; the U.S. Embassy in Freetown said he was paying for the expensive evacuation. The travel costs and care of other Ebola patients flown to the U.S. were covered by the groups they worked for in West Africa.

Sierra Leone is one of the three West Africa nations hit hard by an Ebola epidemic this year. Five other doctors in Sierra Leone have contracted Ebola - and all have died.

The disease has killed more than 5,000 people in West Africa, mostly in Sierra Leona, Guinea and Liberia.

The hospital in Omaha is one of four U.S. hospitals with specialized treatment units for people with highly dangerous infectious diseases. It was chosen for the latest patient because workers at units at Atlanta's Emory University Hospital and the National Institutes of Health near Washington are still in a 21-day monitoring period.

Those two hospitals treated two Dallas nurses who were infected while caring for Thomas Eric Duncan, a Liberian man who fell ill with Ebola shortly after arriving in the U.S. and later died.

The other eight Ebola patients in the U.S. recovered, including the nurses. Five were American aid workers who became infected in West Africa while helping care for patients there; one was a video journalist.