What harm does second-hand fumes from vaping cause to young lungs? Medical experts want to know

Young people we talked to didn't seem to be worried about breathing in second-hand vapors.

We asked Alyssa Aguilar if it bothers her when people vape around her, she said no, adding, "It doesn't smell like anything, and if it does, it smells good." 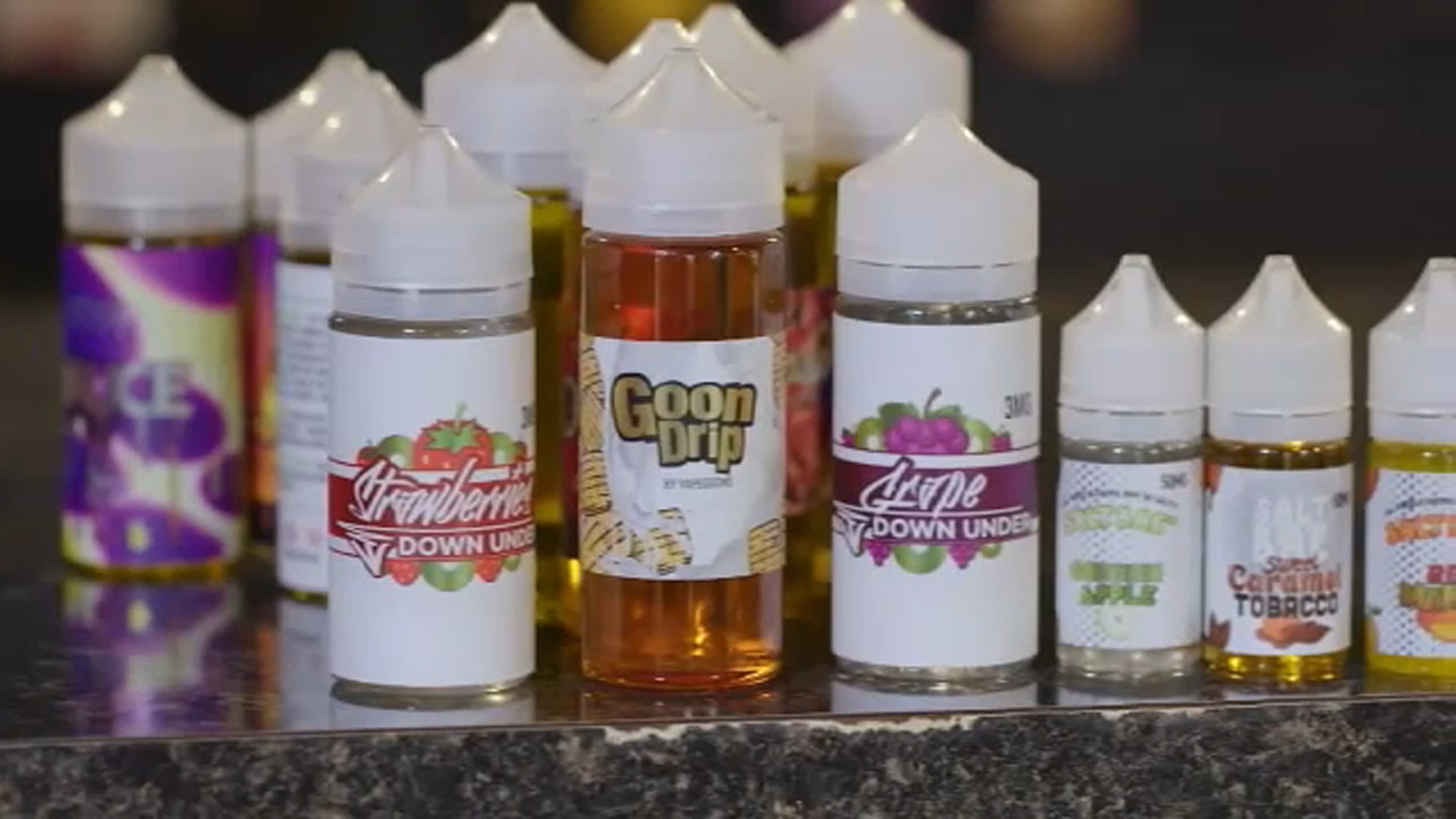 Various bottles of electronic cigarette liquid on display in a store.

"The solvents they use and the little capsules have problems," said Dr. Tom Horowitz. "The bottom line is you're playing Russian roulette with your lungs."

Scientists are starting to look into the dangers of second hand vaping fumes.

Parents like Patricia Ortiz are very concerned about any aerosol vapors in the air.

"That's one of the reasons why I pick her up," said Ortiz. "I don't want her walking in that crowd because there are a lot that do it. So even if it's not in her hand, she's still breathing it in."

The long-term effects of vaping are not known, so doctors urge young people to stay away from areas where they might breathe in vaping fumes.

"You want to keep at least six feet away," said Dr. Horowitz. "You want to avoid going into rooms where there's a lot of vaping going on." 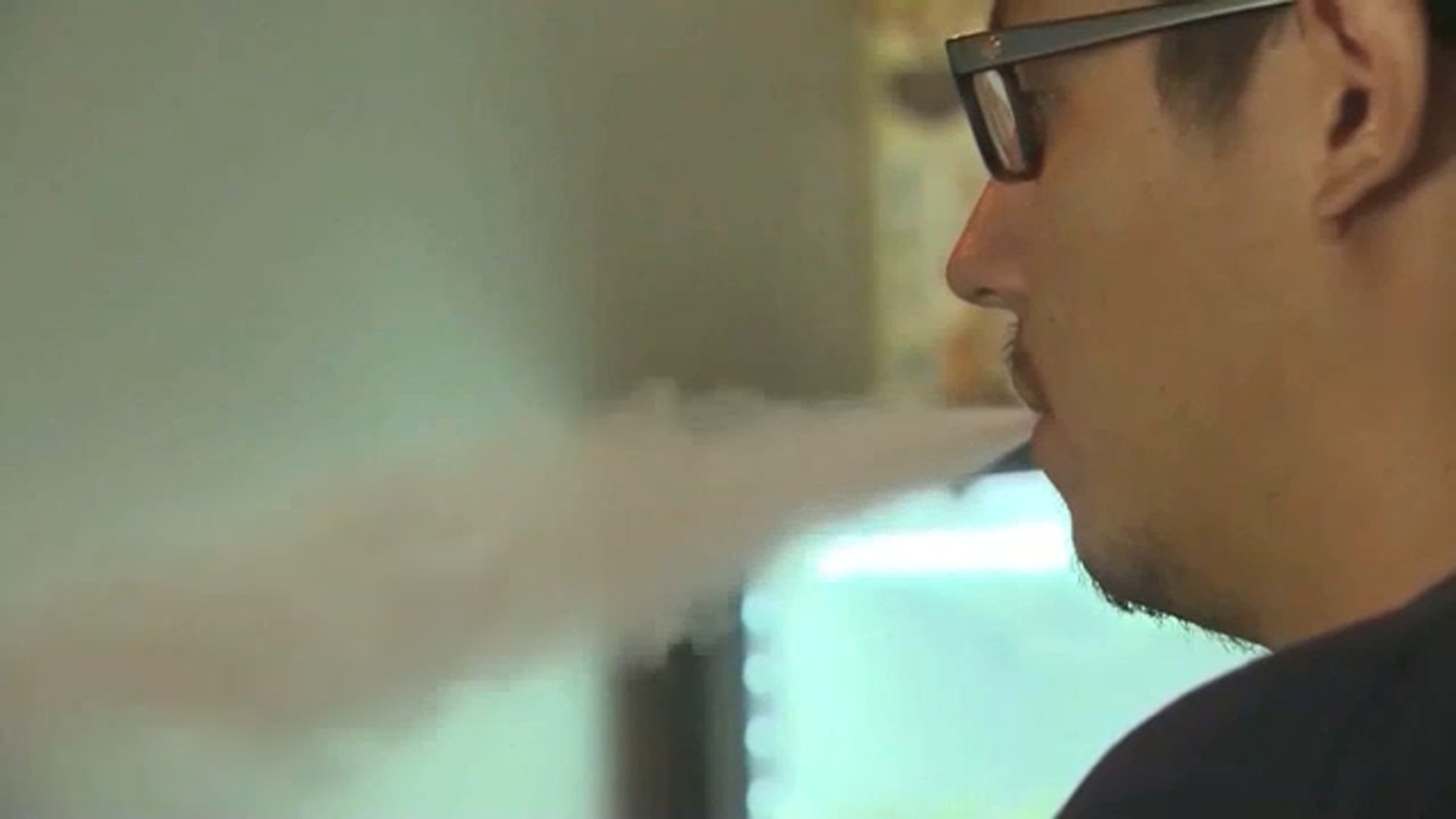 A man uses an electronic cigarette.

Holladay says sometimes it can be difficult for kids to avoid the second-hand vapors.

"Most of the vaping in the school day takes place in the bathroom, in the stalls, so kids tell me, 'Robb, I go to the bathroom, and the vapor is everywhere.'"

It is a disturbing trend, and concerns over second-hand exposure are rising. A national youth tobacco survey showed a third of middle and high school students are exposed to vaping aerosols.

Telling friends they don't want to try a vape pen or asking them not to vape in their presence sometimes isn't easy for kids.

Still, some teens want more medical proof the vapors are harmful before having those tough conversations.

"If it was actually proven that vaping is harmful, I would be a little more conscious of the effects," says Aguilar

But some of the medical experts we heard from insist, even passive exposure to vaping can pose a health risk.
Report a correction or typo
Related topics:
health & fitnessfresnoaction news originalsmokingvapinghealth watchteenagerteenagers
Copyright © 2020 KFSN-TV. All Rights Reserved.
More Videos
From CNN Newsource affiliates
TOP STORIES

CTU to hold rally calling for remote learning for CPS to start year
Tropical Storm Isaias near hurricane strength as it tracks toward Carolinas
U of I to require bi-weekly COVID-19 testing to be on campus in fall
These stores may not be back after the pandemic
I-290 crash closes lanes near North Avenue
Show More
Indiana reports 582 new COVID-19 cases as governor extends restrictions
Dwayne 'The Rock' Johnson part of group buying XFL for $15M
Woman assaulted in dispute over mask speaks out
Georgia teen lost both parents to COVID-19 days apart
19-year-old Wisconsin Marine among missing, presumed dead in CA training accident
More TOP STORIES News