Protect yourself from surprise costs on medical bills 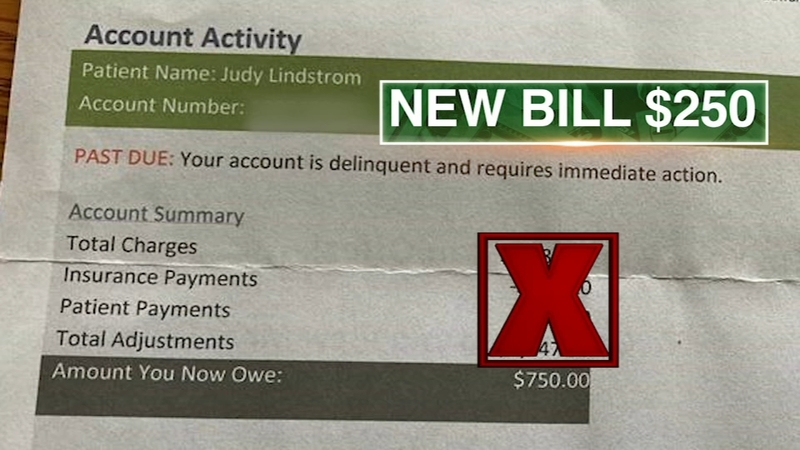 Protect yourself from surprise medical bills

NAPERVILLE, Ill. (WLS) -- A trip to the emergency room or a medical clinic can end with a big bill, sometimes much larger than you were expecting.

Typically there are out-of-pocket costs to pay medical bills, like a deductible or a co-pay. But there could be other surprises in your statements that cost big money.

That was the reaction the retired nurse had when she saw what she was billed each time she went to a clinic to have the bandage changed on her leg. The deep cut took a few months to heal.

Lindstrom found surprising charges on each bill, including an operating room charge. She said she couldn't get answers from the clinic or Edward Hospital, which runs the clinic.

"It was not an operating room. It was a doctor's office room," she said.

Lindstrom knows what an operating room looks like because she was an ER nurse.

The I-Team reached out to Edward Hospital. They wouldn't answer specific questions about Lindstrom's bill, only saying, "Patients may see separate charges on their bill due to procedure codes which are used for insurance billing."

Lindstrom's insurance company, Humana, initially denied her complaint. After the I-Team got involved, Lindstrom said Humana told her that all but one of the charges were wrong. Her new bill is $250-- a savings of $500.

Humana told the I-Team, "Protecting our health plan members' privacy is an important priority for Humana, and federal privacy regulations restrict what information we can share about individuals and their medical care. We always encourage our members to contact us with questions or concerns so that we have an opportunity to research and address issues related to their health coverage, working collaboratively with health care providers as appropriate."

Surprise medical bills can also come in the form of out-of-network costs. A hospital may be in-network, but during the stay you may unknowingly be cared for by a radiologist, anesthesiologist or another medical professional who is out-of-network.

"You don't know that you're getting an out-of-network service and you get stuck with a bill and it's your responsibility to pay. We think that's fundamentally unfair," said Abe Scarr, the Director of Illinois PIRG.

A new law will soon help protect consumers from out-of-network charges by requiring they consent to them first.

"Thankfully Congress passed a law outlawing this starting in 2022. So there are stronger consumer protections around the corner," said Scarr.

Until then, you can advocate for yourself if you get any type of surprise bill.

"There may be parts of your bill that were in fact in-network that you're getting billed for even though you shouldn't be," said Scarr.

Even with the new law, you should still make sure your closest hospital or emergency room is in-network before you need to go.