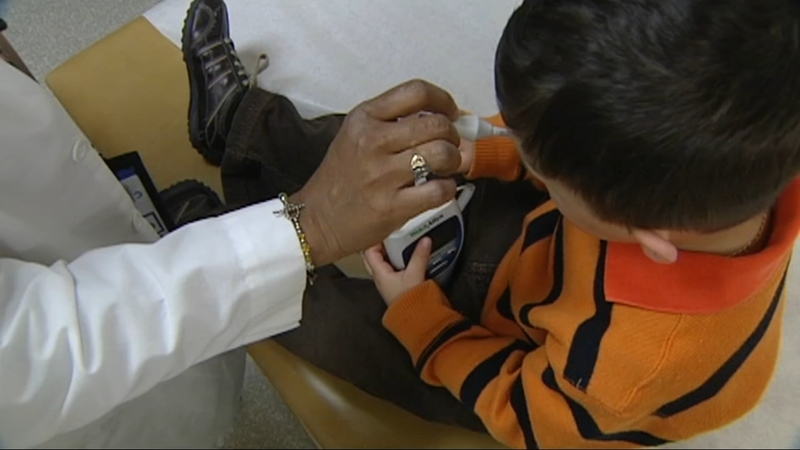 The Illinois Dept. of Public Health said Monday it is investigating two possible cases in the Chicago area and one in western Illinois.

Health officials said one of those suspected cases resulted in a liver transplant. IDPH officials are asking doctors to be on the lookout for symptoms and to report any suspected cases of hepatitis in children of unknown origin.

The warning comes after the CDC issues a nationwide alert in response to a cluster of nine hepatitis cases in children ages 1 to 6 in Alabama.

"The more alarming thing about these cases is that these were normal healthy children who developed hepatitis," said Dr. Tina Tan, an infectious disease specialist at Lurie Children's Hospital in Chicago.

RELATED | How concerned should parents be about hepatitis outbreak in children?
EMBED More News Videos

The CDC is warning doctors about a rare outbreak of hepatitis in young children.

Advocate Healthcare officials confirmed Monday night a 4-year-old patient's case is under investigation after they were admitted to Advocate Children's Hospital with severe hepatitis weeks ago.

"You would never suspect that his liver numbers were in the 3000 range. He was active, interactive," Dr. Biank said.

The CDC advisory alerted health care professionals across the country about the liver damage in previously healthy children with the reminder that "adenovirus type 41 typically presents as diarrhea, vomiting and fever, often accompanied by respiratory symptoms."

Biank said after the CDC's warning, his team followed protocol and discovered the boy tested positive for adenovirus

"It gives us a little bit of a reassurance of hey, we found a potential source for this child's abnormal liver function," he said.

Biank said the 4-year-old was treated and recently released.

The World Health Organization monitors hepatitis cases globally. As of Saturday, WHO reported 169 cases, with most of the children testing positive for adenovirus.

While Tan said this isn't reason to panic, she urges parents to watch for hepatitis and adenovirus symptoms, which may include the following:

"Maybe they don't want you to touch their tummy or they are crying all the time," Tan said. "These are all non-specific symptoms, but should warrant a visit to a healthcare provider."

Dr. Ruba Azzam, a pediatric hepatologist with UChicago Medicine, said that while there are no confirmed cases in our area, they've added a blood test for adenovirus for any hepatitis patients. They are also reviewing cases going back to October to see if adenovirus was present.

"We can't say that these severe acute hepatitis cases are 100% Adeno[virus]-related but this is the hypothesis so far," Azzam said.