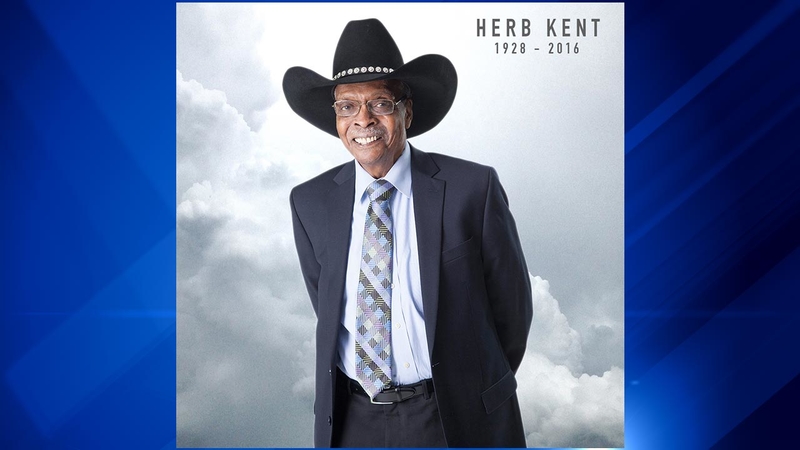 CHICAGO (WLS) -- One of Chicago's earliest African-American disc jockeys, Herb "The Cool Gent" Kent, has died at age 88 after a seven-decade career.

Kent had been on the air, like he was every weekend, just a few hours earlier and had celebrated his birthday just a couple weeks prior.

From the radio waves to the South Side neighborhood where he grew up, Kent was mourned by friends and listeners.

In a statement, Rev. Jesse Jackson said: "A piece of Soul Heaven has opened up today. The Cool Gent has gone home."

Jackson said Kent was among "the proud posse of African American disc jockeys and producers - men and women - who turned WVON radio into "The Voice of a Nation" during the freedom struggle of the 1960's. The station was the go to spot on the radio dial for the latest news about the Civil Rights Movement and the hottest sounds from Motown. Berry Gordy sent every song he produced to WVON before anywhere else. If a song got played on WVON, word quickly spread across the country - another hit was coming out of Chicago. Herb and the other Good Guys - including such legends as Don Cornelius, Lucky Cordell and Bernadine C. Washington - helped make a sky full of stars."

"Herb was an icon. An icon. He was one of the city's greatest treasures," said Kenny Bedford, an ABC7 news photographer who was a friend. "Herb was like he was on the radio. He was a shy person, but he was very fun loving guy and he loved music. You could mention any group, any song and he would know it."

Kent's deep voice was unmistakable to those who followed him, as was his attire, which nearly always included a cowboy hat.

"In the movies, you had Tom Mix and Buck Jones and white guys on white horses, but you seldom saw a black cowboy," Kent told ABC7 during an interview with Hosea Sanders in 2010.

He was recognized by the Guinness Book of World Records as the longest-running DJ on earth -- on the air for 72 years. However, he was so much more than that to the city that loved him and the artists whose careers he helped launch, including the Temptations, Smokey Robinson and singer/songwriter Gene "Duke of Earl" Chandler.

"He's an institution, he's like Chicago," Chandler said. "Boy, am I going to miss him."

Kent did not take his celebrity lightly. In the 1960s, he became a vocal civil rights activist. More recently, he challenged the city's youth to stay in school.

In a statement, iHeartMedia Chicago region president Matt Scarano said: "We are so thankful for the privilege of working alongside such an historic figure as Herb Kent for the past 27 years. Our thoughts and prayers are with Herb's family, friends, and loved ones ... His passion for radio and work ethic was second-to-none."

Kent was born and raised in Chicago and his career in radio spanned 70 years, working at, WVON, WJJD and V103, where he was still working and hosted a show Saturday morning.
In addition to his radio work, Kent was also active in the Civil Rights movement. He hosted a program with Stevie Wonder for Dr. Martin Luther King Jr's last visit to Chicago.

In 1995, Kent was inducted into the Museum of Broadcasting's Radio Hall of Fame and he also has a street named in his honor, "Herb Kent Drive," in city's Bronzeville neighborhood.