The waves, which reached 21 feet, snarled rush hour traffic Friday as they crashed along Lake Shore Drive's northbound lanes, reducing traffic to one lane. At one point, waves even reached the southbound side of the road.

Though the waves had receded to nine feet as of Saturday morning, significant damage to the city's lakefront paths could be seen near North Avenue Beach.

Chicago Park District officials have closed parts of the pathway due to the damage and waves, but that hasn't stopped some early-morning runners.

"When the after effects of Hurricane Sandy came this way, water was blowing over the pier, I was out here and it was fantastic, that was the last time it was that high," said Bob Horowitz, a lakefront jogger.

"I solemnly recommend open-water outdoor swimming to anyone who likes swimming, but you've got to approach it the right way," said Anthony Robins, an open-water swimmer. "I would not recommend this to anyone who has not done this before."

Friday's weather, which included snow in the morning, caused headaches for some Halloween travelers, as over 760 flights were cancelled at O'Hare. Around .10 inches of snow was recorded at the airport Friday morning, marking the first measurable snowfall on Halloween in Chicago history.

Navy Pier's Zombie Containment Haunted House was cancelled for the rest of the weekend as high winds and waves caused heavy damage to the attraction's barge. Navy Pier has also closed its Ferris wheel, Grand Ballroom and East End Plaza. 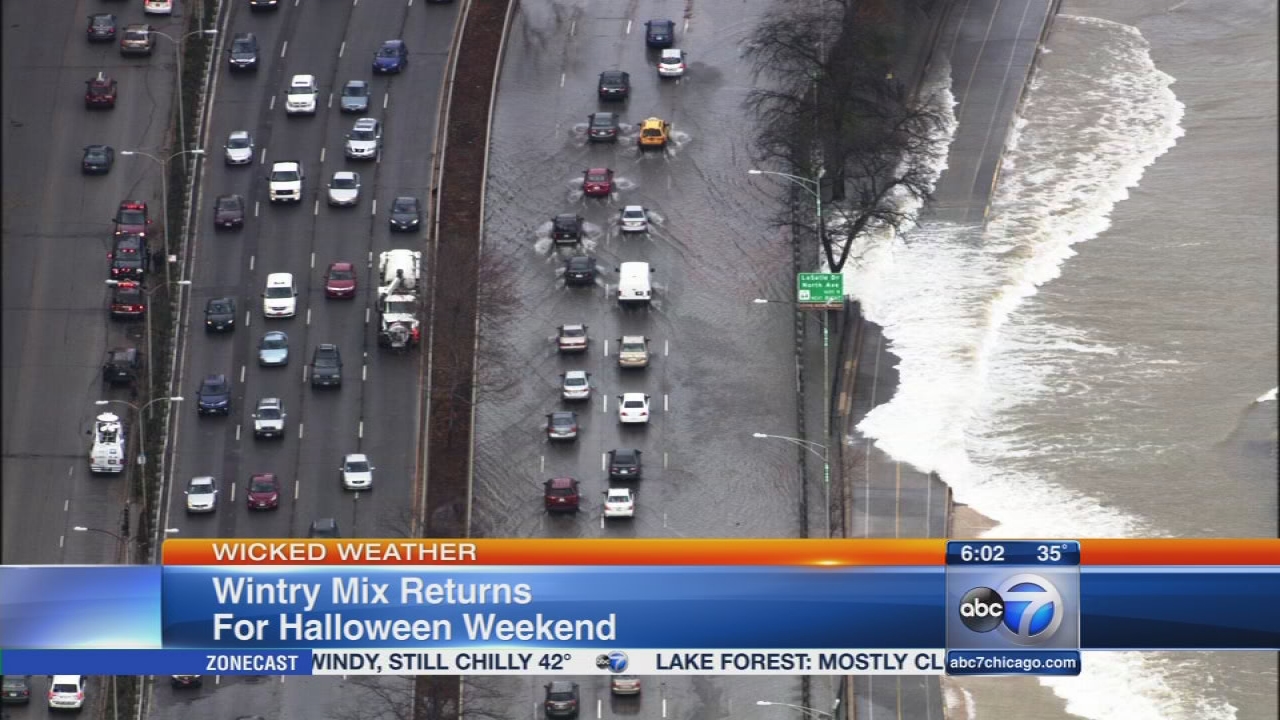 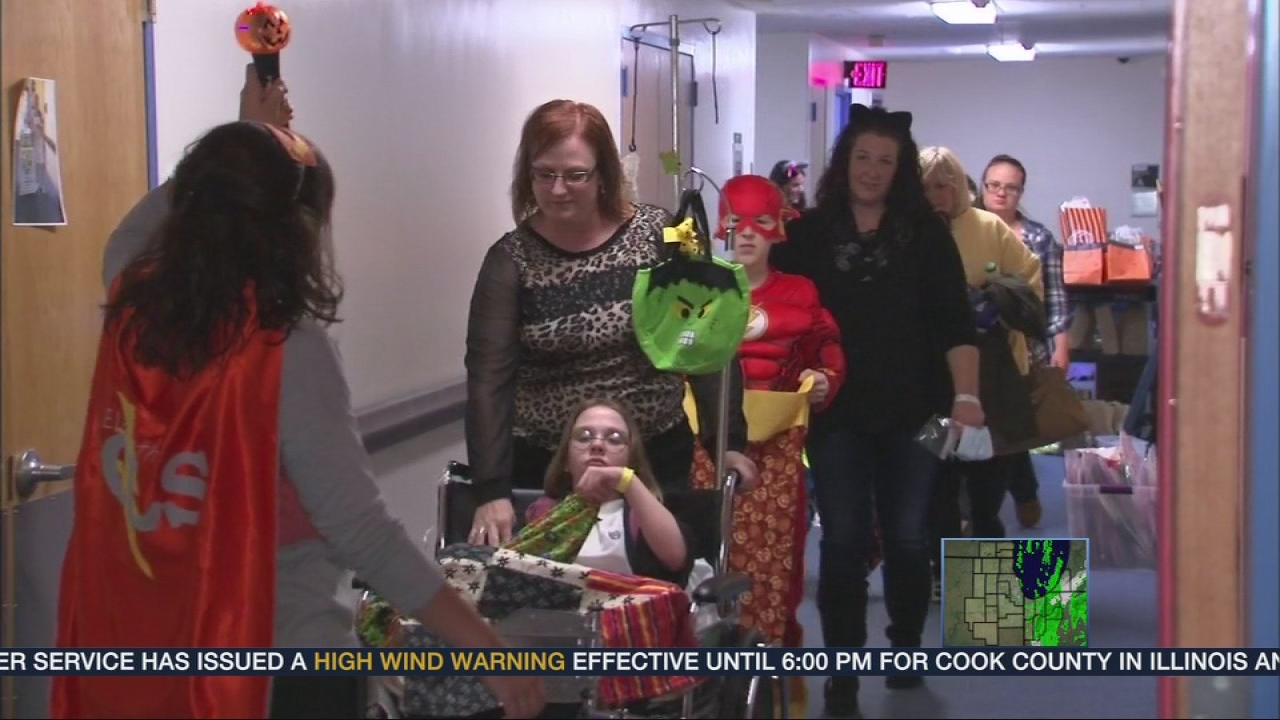 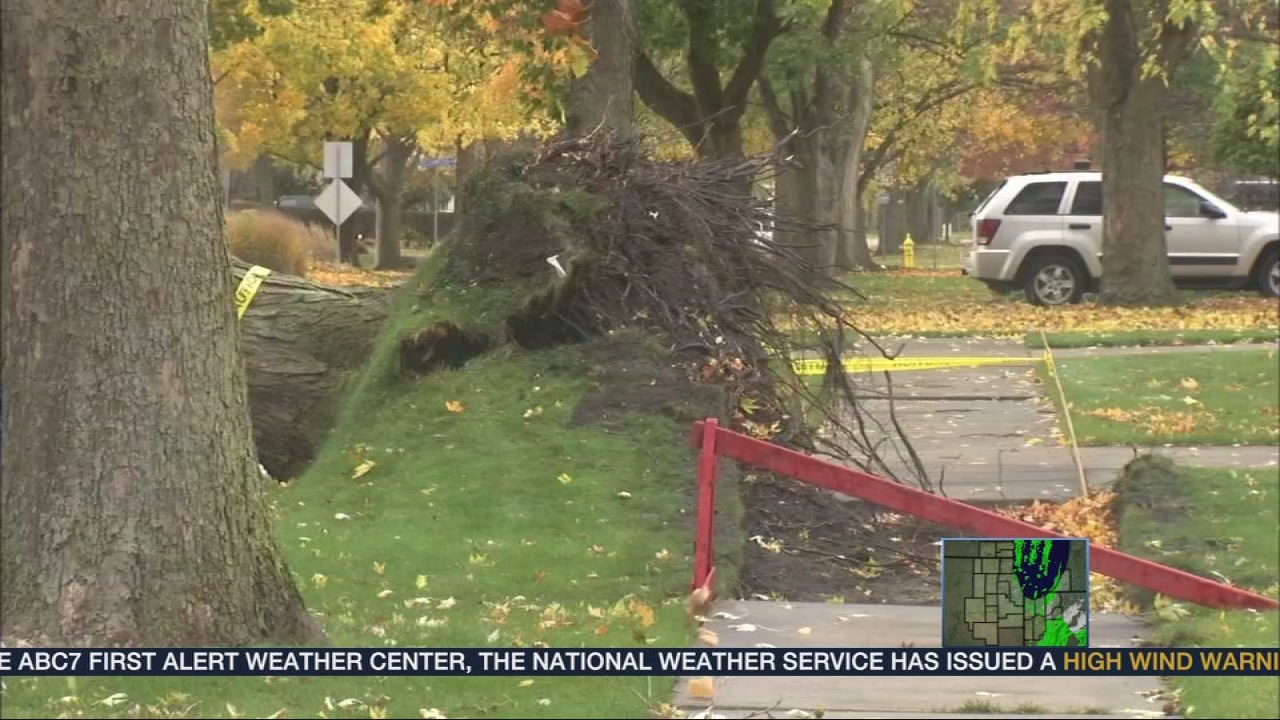