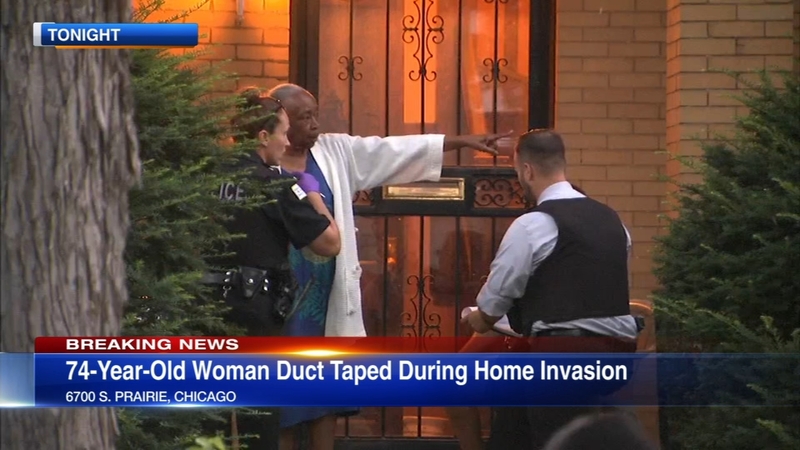 CHICAGO (WLS) -- Chicago police said a 74-year-old woman was held at knifepoint by three burglars who broke into her home on the South Side Thursday evening.

Police said the woman was sitting in her apartment in the 6700-block of South Prairie Avenue when three men entered her home. One of the men took out a knife and tied the victim up with duct tape as the other burglars took items from the home, according to police.

The burglars then fled in a gray vehicle, police said.

The woman was not injured and was able to leave her apartment and call the police.