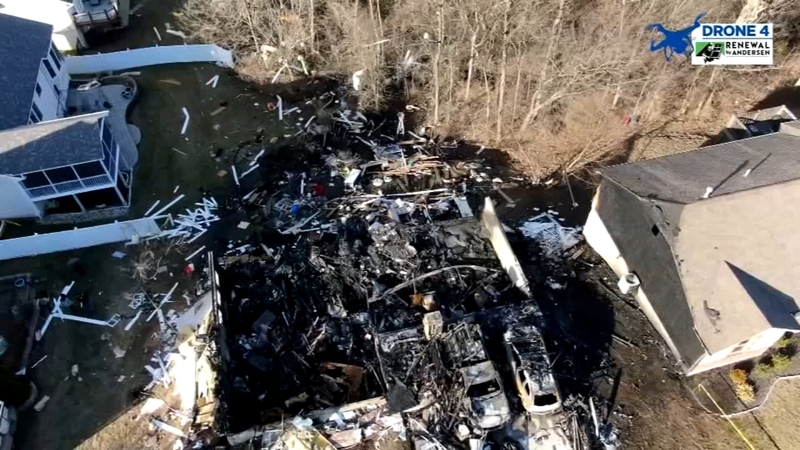 The home is a total loss, with only the foundation remaining.

Officials said the explosion happened after a contractor was digging in the neighborhood and hit a gas line.

Local firefighters had reportedly gone door to door warning of a gas leak.

The blast damaged other houses in the neighborhood, and left several customers without gas service.