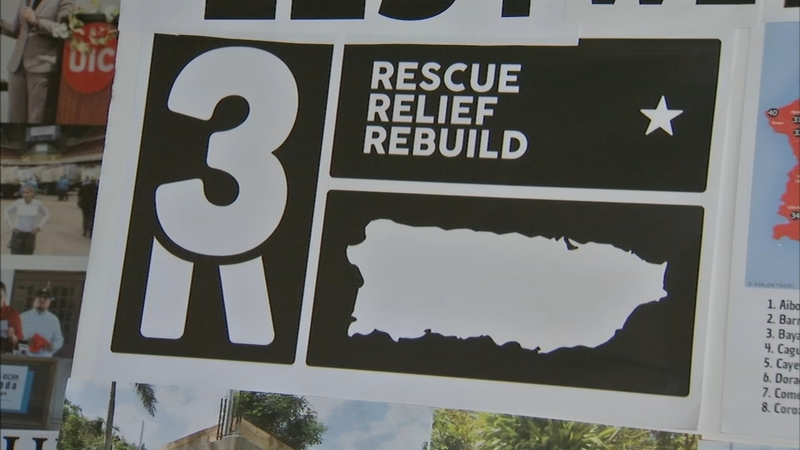 Eric Velazquez, 23, his 21-year-old brother, and their younger cousin are still in Chicago thanks to the devastation of Maria.

Maria, the tenth most powerful Atlantic hurricane on record, hit Puerto Rico on September 20, 2017 with sustained winds of 155 miles per hour.

A Harvard study says nearly 5,000 people died because of the storm. Thousands more were displaced, including Emma Martinez, who relocated with her husband and 11-year-old daughter.

The family fled with nothing but the clothes on their backs after their home was damaged.

William Velazquez left the island after struggling to get his diabetic father medical treatment. He plans to finish college here, but wants to eventually return to Puerto Rico.

Close to 3,000 people made their way to Chicago in Maria's aftermath. Although the city set up a resource center in the city's Humboldt Park neighborhood, the executive director of the Puerto Rican Cultural Center said evacuees still need help adjusting to their new life.

The Cultural Center is one organization helping to raise money and send resources to the ISLAND.

On Wednesday, the White House released a statement touting what it called the Trump Administration's "historic recovery effort in Puerto Rico" and billions of dollars allocated to aid.