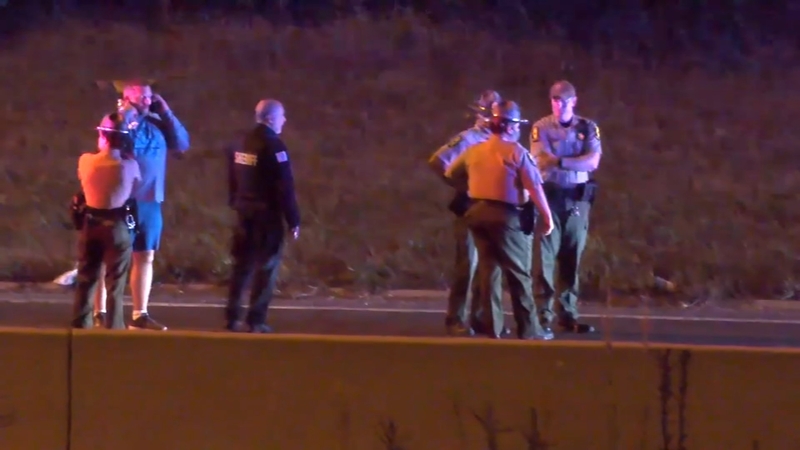 CHICAGO (WLS) -- A man was shot during an armed carjacking Wednesday while driving on Interstate 57 in Calumet Park, Illinois State Police said.

According to initial reports from ISP, around 10:30 p.m. a vehicle was traveling south near 127th Street when another vehicle bumped into it.

The driver of the vehicle that was bumped into, pulled the car to the side of the road to survey the damage when armed carjackers approached him, ISP said.

The victim, who police said has a concealed carry license, took out his gun and shots were exchanged.

The man was shot several times in the chest, Illinois State Police said. The suspects then drove off in his Toyota Highlander.

The victim was transported to Advocate Christ Hospital in serious condition, police said. Troopers later said he was alert and talking and is expected to be OK.

The man's vehicle was found 4 miles away, near 145th Street and Harrison Avenue in Posen, police said.

No one is in custody, but police hope to get more information about the alleged carjackers from the victim.