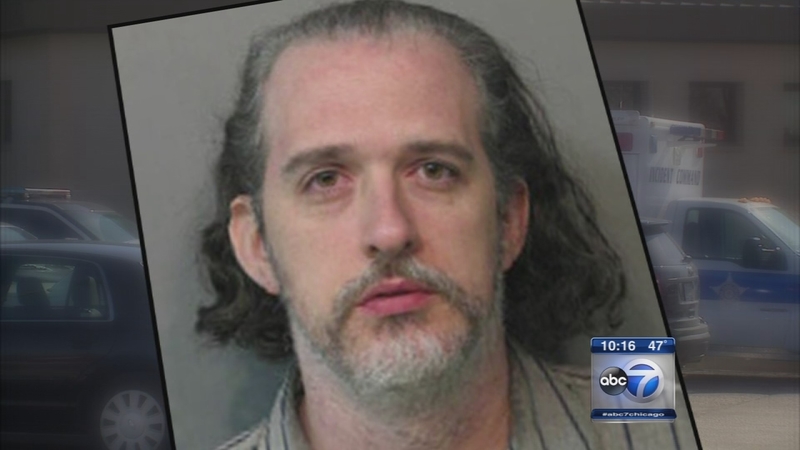 CHICAGO (WLS) -- The man accused of posing as a psychologist is scheduled to be in court Friday morning. The I-Team spoke to the patient who says a light punishment allowed the unlicensed psychologist to commit more crimes.

The south suburban woman says she shared her deepest secrets with a man who claimed to be psychologist. She says the alleged con-man should have been stopped after she went to police, but instead, his trail of charges and allegations kept growing.

"And so my trust has been broken with many people now," says Kathy Baran.

Baran says it's hard for her to even talk to a real psychologist now after being fooled by this unlicensed one, Scott C. Redman. She was seeing him for a year for severe depression and post-traumatic stress.

"I feel violated and I don't use that word lightly but he definitely did that," she says.

The Illinois Department of Financial and Professional Regulation told the I-Team that Redman holds no license to act as a therapist or psychologist.

"He scarred me deeply he hurt me deeply. I entrusted him with a lot of things. Things you don't talk about because you are afraid of judgement, afraid of being blamed," Baran says.

Baran says she saw Redman's ad in Psychology Today and says she paid him more than $2,000 dollars for a year of therapy. She didn't discover his record until she had referred a friend, who did more digging.

"I came to the appointment and I confronted him and asked him, who exactly are you. He looked at me puzzled and I said Google yourself," she says.

Baran's friend had found that in 2010, Redman voluntarily relinquished his license with the State of Florida after regulators there say he submitted fraudulent information about a masters degree he never really had.

Police say they found these degrees that turned out to be fakes. Redman was arrested for rendering psychological services without a license, a misdemeanor.

"They picked him up asked me to pick up out of a line up and they had him, only to be released of course on bail and open up a shop in Oak Lawn," Baran says.

As the I-Team reported in February, prosecutors say Redman continued to treat patients after the arrest and after he pleaded guilty in Baran's case. He didn't have to serve any prison time.

"He was just let go with supervision. I mean, there were people with traffic tickets who received more severe punishment than he did," she says.

The Cook County State's Attorney's office says Redman was barred from the practice of psychology. He was also ordered to pay Baran restitution.

"I want him to go to jail, whatever needs to be done," says Gaylean Woods.

Woods reported Redman to the Oak Lawn police in December. They say they shut down this office and charged him with 23 counts of "licensing act violations." He also faces one similar charge in Oak Forest. And most recently the U.S. Department of Justice took Redman into custody, accusing him of using a physician's information at a Chicago clinic to prescribe dozens of medications. He could face four years in prison for the federal charge.

Redman is still in federal custody and was denied bond. He and his attorney have not responded to our calls.

As for Baran's complaint that not enough was done in her case, Cook County prosecutors also say they asked for a year of prison time but the judge ordered supervision.

We also reached out to the judge in the case, who didn't respond.