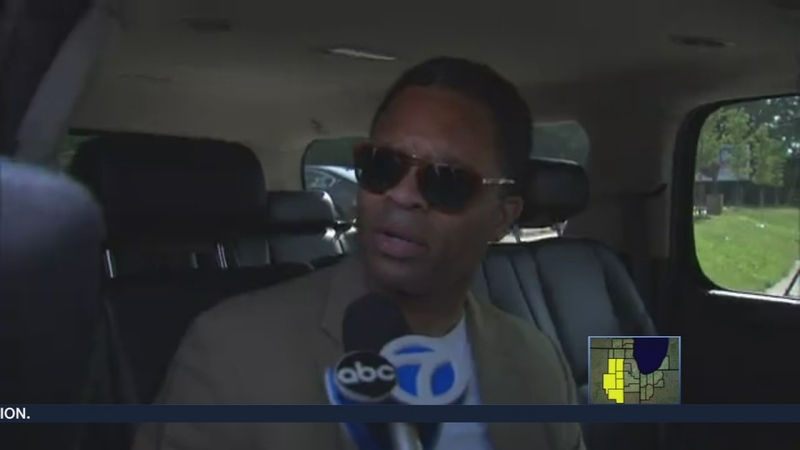 CHICAGO (WLS) -- Unless he is pardoned for his crimes someday, Jesse Jackson Jr. will always be an ex-convict, but he may not always be an ex-congressman. Under the law, Jackson could resume his political career and, if elected, could serve again in the U.S. Congress. When asked about running for another public office, Jackson told the I-Team Monday, "I wouldn't rule it out." Whether voters would rule him out, he is clearly closing no doors.

"I've made mistakes and I'm prayful and hopeful that we're a country of second chances, that the American people and the people of the City of Chicago will consider me for a second chance," Jackson said.

On a rainy night in March, Jackson walked into a Baltimore halfway house talking forgiveness and second chances.

Walking out of the halfway house Monday, he was talking about what's next and not ruling out another run for public office.

It may surprise some that there is nothing in the law prohibiting a convicted felon congressman from running for Congress, or many other elective offices.

Federal officeholders must meet only three basic criteria of eligibility, and a clean criminal history is not among them.

Mel Reynolds is the most recent example. Reynolds resigned from Congress in 1995 after a statutory rape conviction and later did time for bank and campaign fraud. Ironically, when Jackson resigned Reynolds ran a short, unsuccessful campaign for his old seat.

Illinois state law allows felons to hold many elective offices, although in this state you can't have a felony record and be a licensed barber, roofer or dance hall operator. Of course, when it comes to politics eligibility for office is one thing; electability is something else.