Expressway shooting: 4 shot on I-57 in Calumet Park 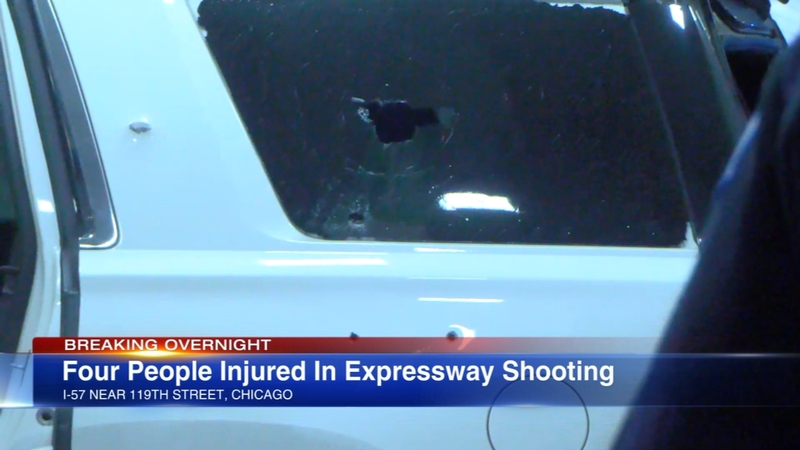 The victims were in an SUV in the northbound lanes of I-57 when shots rang out at about 11:46 p.m., police said. The victims then drove to a gas station near 87th and State streets.

Two men were taken to Advocate Christ Hospital, and two were taken to the University of Chicago, all in serious to critical condition.

Traffic was blocked between 127th and 115th streets as police investigated. Lanes were reopened by around 5:20 a.m.

This shooting follows another expressway shooting over the weekend on I-94 near Deerfield.

A 65-year-old man was driving in the eastbound lanes when someone rear-ended him and started shooting, according to state police. The man was not hurt.