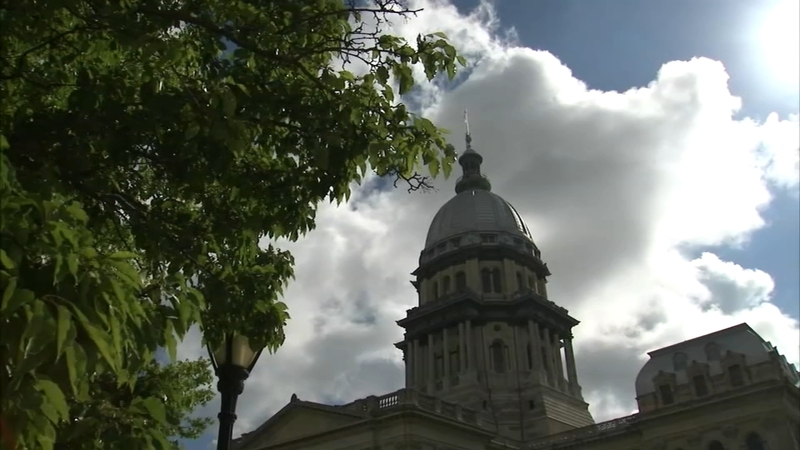 SPRINGFIELD, Ill. (WLS) -- The Illinois House gave final approval late Wednesday night to repeal a law requiring that parents or guardians be notified when girls younger than 18 are seeking an abortion, only days after the state Senate passed it.

Lawmakers debated this change for hours before passing it through at the 11th hour overnight Wednesday.

It's a historic move for Illinois and one that lawmakers believe will be used as an example for the rest of the country when it comes to reproductive rights.

As abortion laws become more restrictive nationwide, Illinois is setting its own precedent as it is on the verge of repealing a key restriction on its own law.

"The fact that this law was repealed by a legislature is extremely rare," said Edwin Yohnka, ACLU director of communication.

"I've heard from colleagues around the country about how historic this is.," added Senator Elgie Sims, 17th District Democrat.

By voting to repeal the parental notification act of Illinois' abortion law, parents would no longer need to be notified before a woman younger than 18 gets an abortion.

It's something the ACLU and many lawmakers have been pushing for in the state.

"Under Illinois law, a pregnant young person can make every other healthcare choice that they want except abortion," Yohnka said. "That was the only thing the law treats differently.""

Senator Sims, the Chicago democratic sponsor of the bill, amended the legislation before that vote, creating a task force of resources for families.

Reaction is pouring in Thursday following the vote.

Planned Parenthood Illinois is one group supporting the repeal and said this is an especially important step at a time when reproductive rights are under severe attack across the country.

"By passing the Youth Health and Safety Act, Illinois has ensured that young people can choose to involve the people they trust in their health care decisions and are protected from harmful domestic situations and unnecessary judicial interactions. In short, all Illinoisans, regardless of age, now have the full legal autonomy to make decisions about what's best for their bodies. We look forward to Governor Pritzker upholding his promise to sign this bill when it crosses his desk," the organization said.

On the other side, Catholic Conference of Illinois was disappointed by the decision. They said in part that Wednesday's "vote is and will be a tragedy for many families, young girls and so many unborn children. We pray for the day when every human life may be cherished from conception to natural death."
"As more states consider and adopt increasingly draconian bans on access to abortion service, Illinois stands out for recognizing that everyone should have the power to make decisions about their reproductive health without government interference. We encourage Governor Pritzker to sign this measure as soon as possible," the ACLU said in a statement.

State Representative Tom Morrison, of Palatine, issued a statement after the vote that said in part: "The democratic legislators who voted 'yes' tonight acted shamefully and recklessly against minor girls and their parents."

Again, the repealed law is now on its way to Governor Pritzker for a signature, a change that he has previously said he supports.

Earlier this week the Illinois Senate OKed the repeal, but with a 32-22 tally in favor of repeal, the count fell short of approval of all who make up the Democrats' 41-18 advantage, showing the reticence among moderate Democrats on the law.