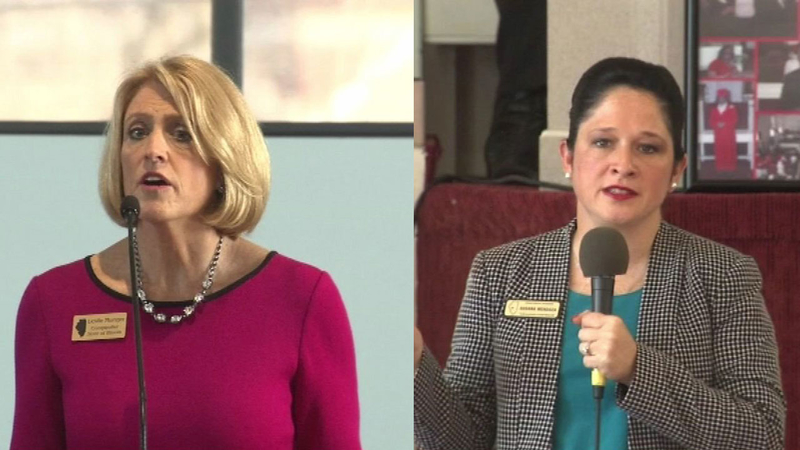 The race for Illinois comptroller, which pits incumbent Leslie Munger against challenger Susana Mendoza, is the most expensive in the state.

The two women are battling to control Illinois' checkbook, overseeing the payment of bills and signs off on government employee's paychecks. Munger was appointed by Gov. Bruce Rauner to the post, replacing the late Judy Baar Topinka.

"She has been appointed by a governor who she is 100 percent bought and paid for. She is a wholly owned subsidiary of Gov. Rauner and his two billionaire friends," Mendoza said.

"I'm really focused on the things going on in the state of Illinois and we are into our 17th month without a budget in the state," Munger said. "We have nearly $10 billion of bills we don't have the money to pay."

On Sunday, both candidates touted their messages at church.

"We know from the Gospel of Mark, Jesus taught us when we help the least among us, those who are most vulnerable that we serve him," Republican Munger told a crowd.

"I'm here to ask you one major thing today. Pray for them, pray for them," Mendoza told another crowd.

"I'm working hard to help every single Democrat from the top of the ticket down to the very bottom," she said.

Meanwhile, Munger swung the conversation away from the GOP ticket.

"I've said over and over again that the top of the ticket is really crazy on both sides. I'm a state officer for the people of Illinois. I'm representing everyone in the state and honestly if everyone looks carefully at what's going on this is not a partisan issue it's an ideological issue," Munger said.