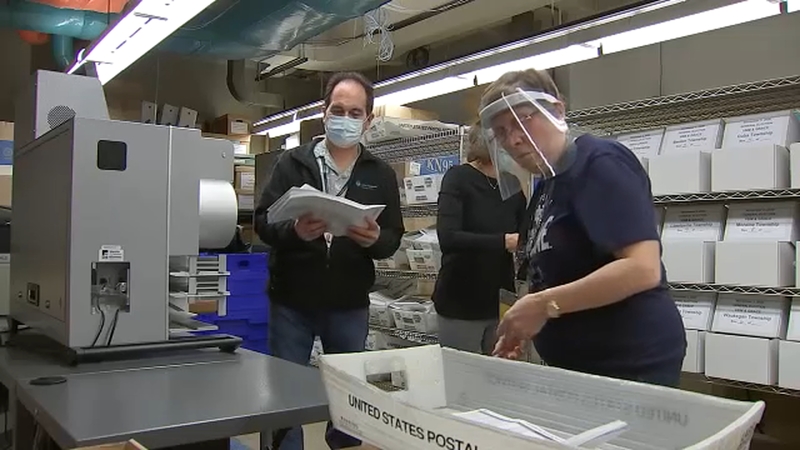 Counting ballots continues, even in Illinois

CHICAGO (WLS) -- Waiting for election results isn't just in other states, ballots are still being counted right now in Illinois, including Lake County.

"The election in Illinois is not officially over, the count, until two weeks after the election. People need to understand that," said Lake County Clerk Robin O'Connor.

If ballots are postmarked through Election Day, Illinois clerks must count them through two weeks, which is November 17. But some voters are asking why it's taking so long, especially with the presidential race hanging in the balance.

For example, counting ballots is a four-step process in Lake County.

RELATED: Why it's taking so long to count ballots

First, a ballot is beeped into the system, allowing voters to track their ballot. After that, an election judge must verify the signature, comparing it just like in-person ballots are checked. The ballot is then opened and initialed by an election judge. Finally, the ballot is ready to be counted in the machine.

This year, in Lake County and across the nation, historic turnout is expected.

RELATED: What's a 'cured ballot' in the 2020 presidential election?

Nationally, it is coming down to six states who are still counting to determine the outcome of the presidential election. The margin is razor-thin in Georgia.

"Georgia is neck-and-neck, and I don't think we're going to hear anything definitive about that in a while," Washington said. "There's going to be a recount in Georgia because it's so close."

So as the counting continues, the Lake County's clerk has this message for all of us.