'Why shouldn't I vote': Former Illinois inmate fights for right to vote after serving sentence Should Illinois prison inmates be allowed to vote?

CHICAGO (WLS) -- Renaldo Hudson was thrilled to vote in 2020. He wasn't able to take part in his civic duty for decades, but not because he didn't want to, because he couldn't.

Hudson was in an Illinois prison serving time for murder.

"We're probably more locked in on political campaigns and what's being said because we've learned and I learned over the years that whoever is in office will affect prison conditions," he said.

Currently, only two states, Vermont and Maine, as well as the District of Columbia, give prisoners the right to vote.

Some Chicago-based advocacy groups, like Chicago Votes, have been pushing state lawmakers to pass voting rights legislation for people serving time in prison.

The bill stalled last year in Springfield after the Illinois State Board of Elections cited "several technical issues" with that bill.

Katrina Phidd, communications and digital strategy manager at Chicago Votes, said civic engagement helps those in prison maintain their ties to their community.

"You really have to ask yourself, what is the overall purpose of prison? Because if you really believe that it is to correct people to reenter society, then you need to be doing everything in your power to give them the resources needed to enter their society better than when they left," she said.

Giving a voice to incarcerated voters in Illinois could have a significant impact on the Black vote. 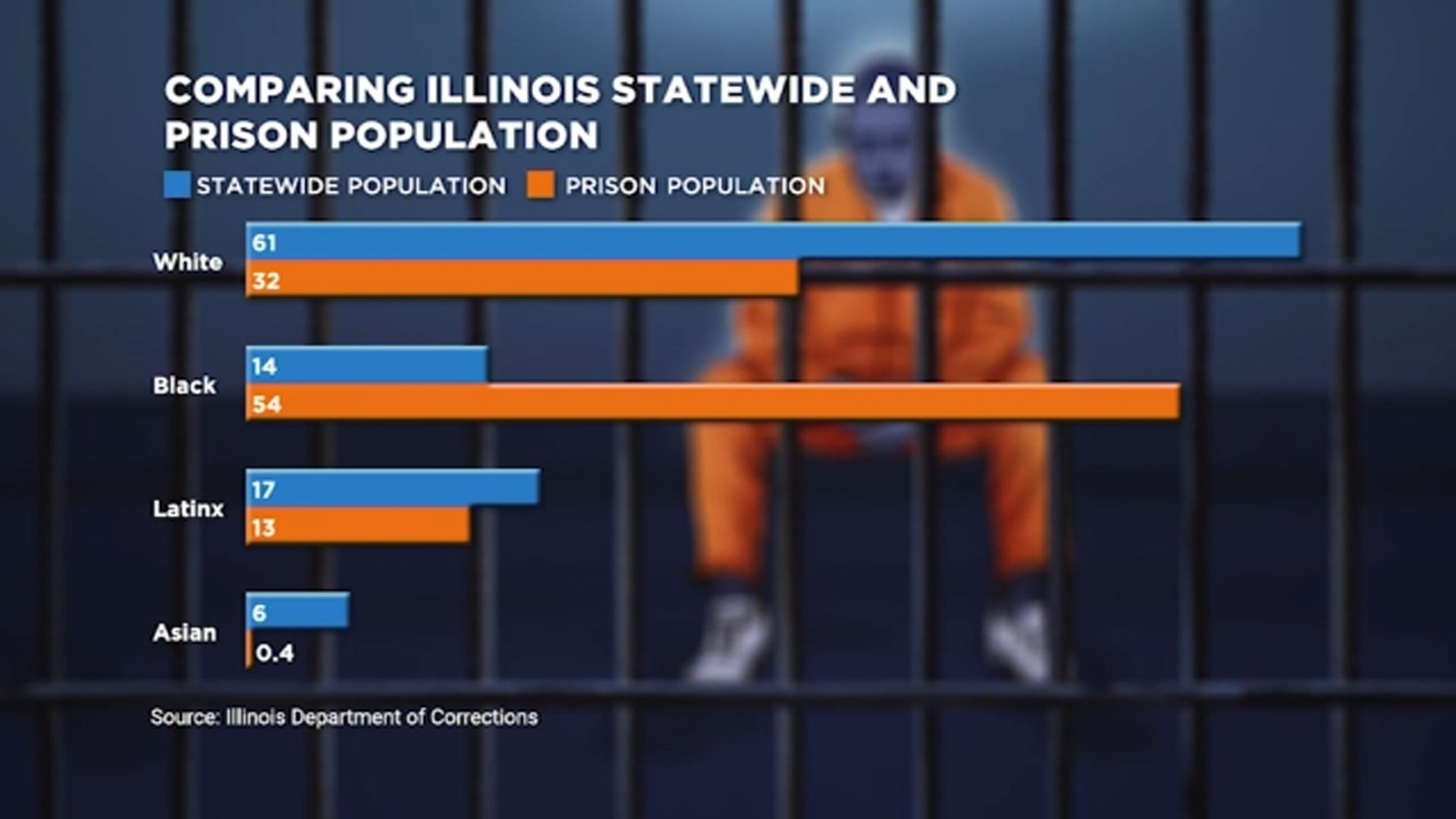 Giving a voice to incarcerated voters in Illinois could have a significant impact on the Black vote.

Black people only represent 14% of Illinois' population, according to the ABC7 Data Team.

But an amendment may not be necessary.

Advocates argue that means the right could be restored before sentence completion.

However, opponents of the law say it's clear that felons should not vote while in prison.

"Folks who've been convicted of a serious crime, a felony, have shown that they are not willing to abide by the rules that we have set up to govern our society," Spakovsky said. "Why would you then give them the opportunity to shape what those laws are?"

Hudson has a different point of view.

"If taxpayer dollars will be spent for me to sit in a prison cell, why shouldn't I vote?" he said.

Now out of prison for a year and a half, Hudson works for the Illinois Prison Project, advocating for the rights of people locked up, including voting rights.