Vote 2022: The race for Illinois governor: The Republican debate 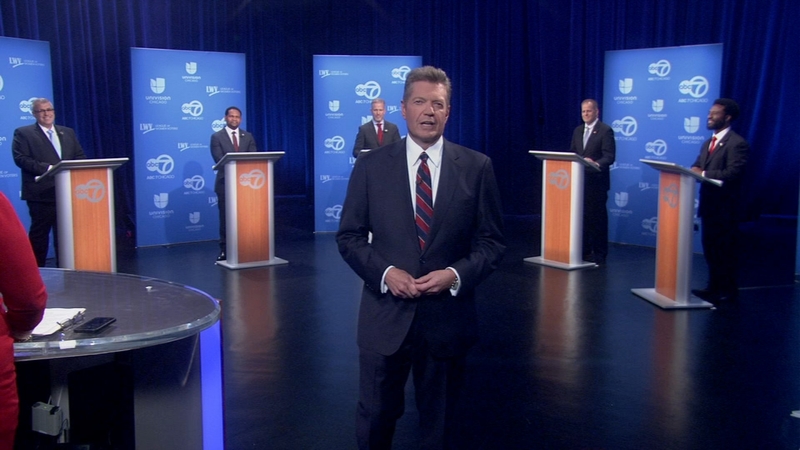 The race for Illinois governor: The Republican Debate

CHICAGO (WLS) -- ABC7 Chicago, the station that has broadcast candidate debates and forums for more than two decades, partners again with the League of Women Voters of Illinois and Univision Chicago for a LIVE, commercial-free debate among six Republican candidates running in the primary race for Illinois governor.

Then on Friday, June 3, the debate will air on ABC7's main channel at 10:35 p.m. and will also be available on demand at abc7chicago.com.

Sullivan with participate in the debate via Zoom after testing positive for COVID-19 late Wednesday night. In a statement, he said he is "feeling fine" and happy for the opportunity to participate remotely.

The hourlong debate will be moderated by ABC7 anchor/reporter Alan Krashesky. He will be joined by panelists Craig Wall, ABC7 political reporter, and Erika Maldonado, anchor, Univision Chicago, who will question the candidates.

The League of Women Voters of Illinois makes all candidate debates and forums available on lwvil.org and illinoisvoterguide.org.

"ABC7 Eyewitness News presents - Vote 2022: The race for Illinois governor: The Republican debate" will be made available to television and radio stations throughout Illinois via the Illinois Broadcasters Association.