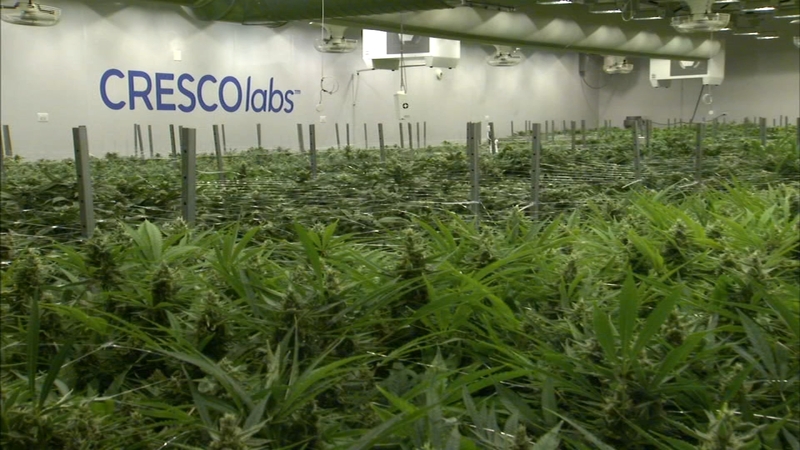 CHICAGO (WLS) -- In just over two weeks recreational marijuana will become legal in Illinois. But the head of the City Council's Black Caucus is now threatening to push an ordinance to delay sales in Chicago for months.

"Our basic concern is the fact that there are no African-Americans, Latinos, females involved in this early roll out of cannabis, recreational cannabis," said 28th Ward Alderman Jason Ervin, chair of the City Council Black Caucus,

The mayor said she understands those concerns. She said there is city money available from TIF funds and other sources to fund a city-owned pot growing cooperative.

"I think the only way to really crack this nut is for the city to invest its own resources to get engaged, to get diverse entrepreneurs involved in the most lucrative part of the business which is cultivation," said Mayor Lori Lightfoot.

"What we gain is the fact that no sales, no commerce. Again we have very specific points that we have brought about that we would like to see changed, the state didn't give us a lot of flexibility in this matter," said Ald. Ervin.

But one of the chief architects of the law, State Representative Kelly Cassidy, said delaying sales would be counterproductive, because income and fees from medical dispensaries, which will be the first to sell adult-use cannabis, provides money for loans and grants for minorities applying for licenses.

The spokesman for Cresco labs said aldermen need to be patient.

"So I think I would say to these alderman give all these things that are in this legislation a chance to work," said Jason Erkes, Cresco spokesman.