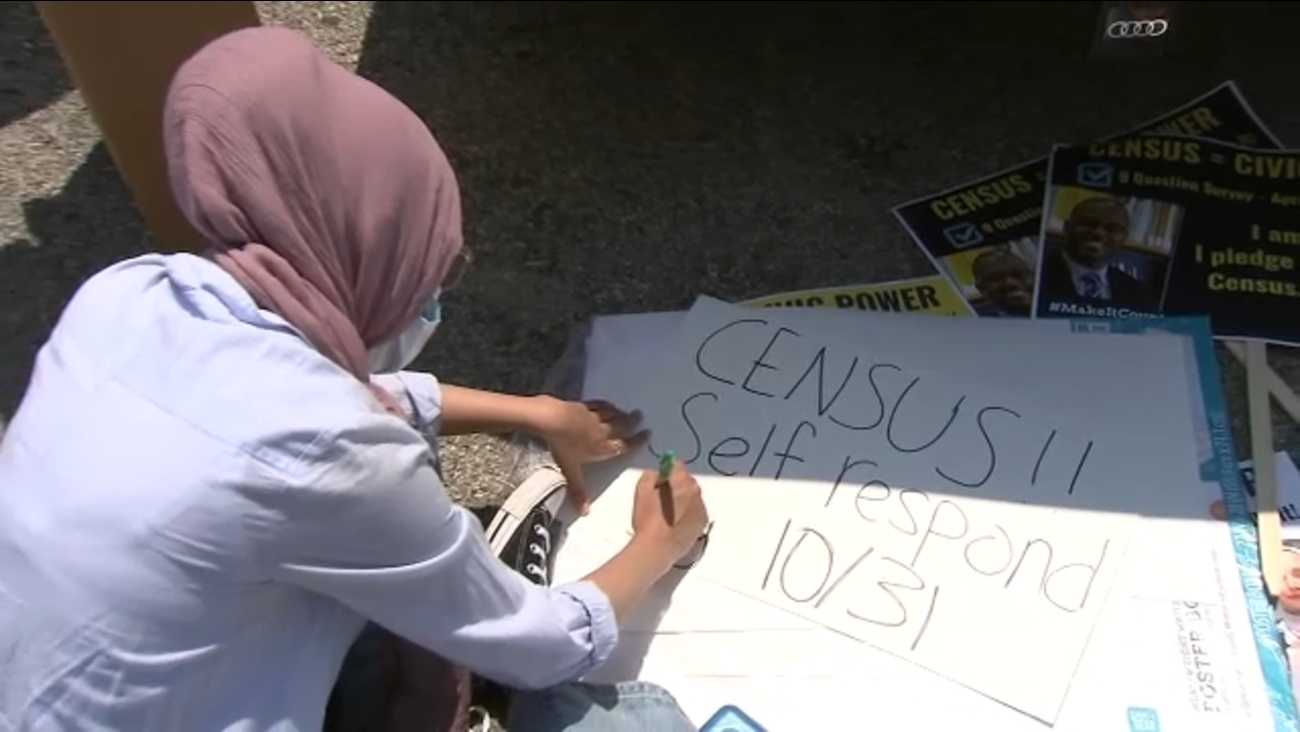 BERWYN, Ill. (WLS) -- It's Immigrant and Refugee Census Day in Illinois, and caravans of people fanned out across the Chicago area in an effort to reach undercounted populations.

The caravans are one of the ways outreach groups are trying to remind residents to fill out the U.S. Census.

"I think we are sending the message, we are from the community, we are the community and we want to let them know, it is secure," said Elva Serna of the Erie Neighborhood House.

Gaining people's trust to participate in the census remains a challenge.

Several caravans were held in communities and neighborhoods where the response has been low.

"I think there is a sincere effort by all organizations to make sure we are collectively coming together and getting the word out," said Reema Kamran, of the Illinois Muslim Civic Coalition.

Muslim, Asian and Latino groups are all working together to get immigrants and refugees to fill out a form.

Working under the constraints of COVID-19, their efforts have shifted to phone banking and caravans.

"In the Little Village area in that particular ward, some of the numbers really peaked in the self-response rate the week after we did one of those," said Matthew Ruby of the Illinois Coalition for Immigrant and Refugee Rights.

While the census response remains an uphill battle in immigrant and refugee communities, Illinois overall is doing very well compared to the rest of the country.

"We are top 10, No. 8 in the nation," said Illinois Census Director Oswaldo Alvarez. "Out of the top 10, we are the most populous and with a lot of different diversities."

The COVID-19 pandemic has pushed back some important census dates.