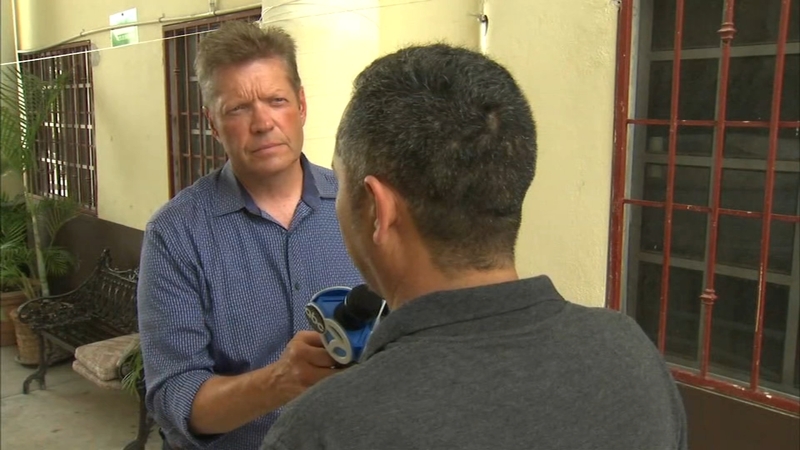 REYNOSA, Mexico (WLS) -- This undocumented man who asked to be identified as Manuel says his nightmare started with a traffic stop.

"They say I was doing 10 mph over the speed limit. I didn't get a citation for it," Manuel said.

"But if true, it was a speeding ticket," said ABC7's Alan Krashesky.

"Would have been a normal speeding ticket for someone, but it wasn't," Manuel said.

Manuel said he lived in the United States without documentation for the past 20 years. With the traffic stop and a background check, he said authorities discovered his decades-old conviction for fraud, using fake vehicle stickers. Five days later he was deported to Mexico.

"I've been married to my wife for 10 years. I have a daughter, which happens to be a disabled child, and a son. All my family are U.S. citizens," he said.
Although his family are American citizens, he is not. He decided to immediately try to cross the border illegally to try to return to his family back in Houston. He said he was captured by Border Patrol within hours and deported to Mexico again. Without any connections or family still in Mexico, he landed at the Casa Del Immigrante in Reynosa, a shelter for migrants.

"You envision yourself as a law abiding resident of the US?" Krashesky asked.

Manuel said he owns two properties in the United States and employs 50 people in his Texas-based roofing business. Now, he plans to find a way to cross the border illegally again.