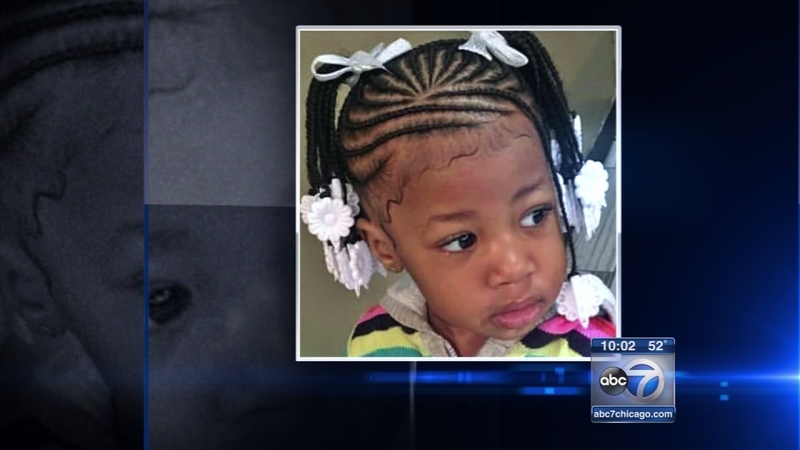 1-year-old shot on West Side

CHICAGO (WLS) -- A 1-year-old girl was shot in the head while riding in the back seat of a moving car with her aunt and niece Friday afternoon in Chicago's Austin neighborhood.

Late Friday, the girl was alert, but still hospitalized. Police had no one in custody. A motive has not been determined, police said.

The girl, whose name is Khloe, had just been picked up from daycare when she was shot, family said.

At about 4:45 p.m. in the 5400-block of West Le Moyne, someone in a silver vehicle drove past and fired shots into the vehicle. The bullets went through the trunk and back seat, hitting the girl in the head.

The driver of the vehicle, a young women who spoke exclusively to ABC7 Eyewitness News, said she stepped on the gas when she heard the gunfire. The child was the niece of her best friend.

"We saw blood on her collar, and when we saw blood we rushed to the hospital," said the driver, who did not want to disclose her name. "She was just sitting there. She wasn't crying or nothing."

Neighbors on the block who heard the gunshots say they're tired of the violence.

"I think it a shame," said Dorzell Jackson. "You feel scared to walk the street. We always walk this street. I've been here nine years and this is our route and for an innocent child hit like that."

The driver took the baby to West Suburban Medical Center in Oak Park. She was transferred to Stroger Hospital.

The driver said she didn't get a good look at the shooter to give police a detailed description.