'She wasn't like everybody else,' friend remembers teen killed in California livestream crash
KFSN
By and KGO 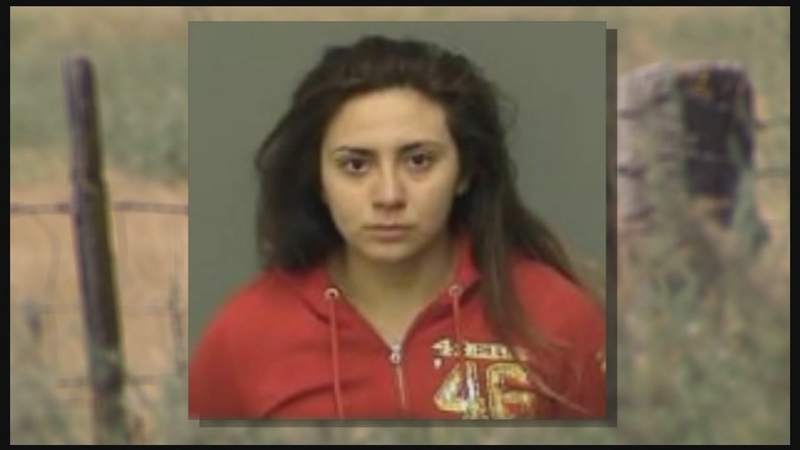 MERCED, Calif. -- The parents of the suspect and victim in a deadly crash near Los Banos, Calif., streamed live on Instagram are talking about the tragedy, saying it's ruined their lives.

One of their daughters is now charged with killing the other. Obdulia Sanchez, 18, remains in the Merced County Jail facing several criminal charges including DUI.

"It's an accident," Obdulia's father Nicandro Sanchez said. "It happened that way. Who knows why?"

Nicandro and Gloria Sanchez are numb and don't know what to feel. They watched the live stream video of the crash and aftermath, and they have no explanation for how it happened. They believe their daughter Obdulia, also known as Lula, needs help.

"I think she doesn't know what happened," Nicandro said. "What I think is she knows she's done something wrong. Because she knows, and that's what I feel. She feels bad for herself, but she killed her own sister."

Officers already have a lot of valuable evidence from the suspect's video. They know Lula was the only one wearing a seatbelt during the deadly crash.

Jacquelin and 14-year-old Manuela Seja were ejected through the back window. Manuela survived, and Lula live streamed the horrifying moments before and after the crash - shocking and disturbing thousands who watched the now viral video.

Right now, officers aren't sure if Lula did anything else to actually try to save her little sister after the crash.

"Did she ever call 911?" a reporter asked the California Highway Patrol.

"We are still looking into that," the officer replied.

Department of Alcohol Beverage Control investigators were already picking up preliminary crash information Monday. They want to track down where Obdulia may have purchased or had someone buy her alcohol.

Her parents say she does drink but not around them. They don't know what she may have done or used before the deadly crash.

"Why or how she got something to drink?" Nicandro said. "If she drinks."

Investigators rarely get insight like they have in this case, and they too are in disbelief.

"The video is very disturbing, both to us as people who do this for a living," a CHP officer said. "It's very disturbing to us because of the callous nature of her actions, both leading up to this tragedy and in the immediate aftermath."

Instead of celebrating Jacquelin's confirmation Saturday at their church, the Sanchez family is planning a funeral. They say Jaquelin wanted to be an actress or singer and was going into the 10th grade."

An 18-year-old driver lost control of her car while she was livestreaming on Instagram and recorded part of the crash that authorities said Monday killed her younger sister in California.

A heartbreaking moment was streamed live on social media Monday. A young woman is accused of killing her teenage sister in a car wreck and streaming it on Instagram - actions that leave even investigators in disbelief.

For the first time, ABC7 News is hearing from the survivor of that horrific crash. Manuela Seja was in the back seat with her friend, Jacquelin Sanchez.

"She wasn't like everybody else. She was just funny and she would be funny," Seja said. "She didn't even need to try."

Seja only suffered some cuts to her legs, but she lost a friend she met seven months ago on Instagram - the same platform that captured the crash for everyone to see.

Sanchez and Seja were in the back seat as Sanchez' older sister Obdulia was driving - phone in hand - live streaming. Obdulia ended up losing control.

The car rolled onto a barbed wire fence and ended up in a field near Los Banos.

The girls in the back were not wearing their seatbelts and were ejected through the window.

Even then, the live stream continued as Sanchez lay dying.

"I F-ing killed my sister, okay," Obdulia yelled through the phone. "I know I'm going to jail for life alright. I understand that. This is the last thing I wanted to happen-- okay. Alright, I don't f-ing care though-- I'm-a hold it down."

Obdulia is now in the Merced County Jail on suspicion of vehicular manslaughter and driving under the influence. Her parents haven't spoken to the 18-year-old, but they have seen the video.

RELATED: One daughter dead, another in jail after crash is streamed live on Instagram

"Here's what I feel," said the girls' father Nicandro. "She feel bad herself - she killed her own sister."

Although Obdulia spoke in the moments after the crash to anyone who was watching - she is currently refusing to speak to CHP investigators.

Manuela Seja was the third passenger in a crash near Los Banos that sent one woman to jail and killed 14-year-old Jacquelin Sanchez - her girlfriend of seven months.

"I'm just happy she made this," 14-year-old Manuela Seja said. "I never thought this would happen."

In her little black box are stories of young love tucked inside. It's a relationship between two teenagers who started off as close friends that continued with their hearts in each other's hand.

Seja says she and 14-year-old Jacquelin Sanchez dated for seven months. Manuela lived in Fresno and Jacquelin lived about 130 miles away in Stockton. But the distance did not keep the two apart.

"She planned on picking me up every weekend," she said.

That is why Manuela was in the car last week - sitting in the back seat with Jacquelin while 18-year-old Obdulia Sanchez drove them from Fresno to Stockton.

Except they only made it to Los Banos because Obdulia, who the CHP says was under the influence, crashed and killed her sister. It was all captured live on Obdulia's Instagram.
Manuela did not want to talk about that horrific accident or her girlfriend's sister, who is now sitting in the Merced County Jail. However, she did say the person seen in the live video wearing a teal shirt and flagging down help after the crash was her.

And in an earlier video posted by Obdulia that same day, her family says she almost hit a SUV. Jacquelin can be seen and heard in the video saying that Obdulia was driving dangerously. Manuela is choosing to focus on the good memories and the person Jacquelin was instead of her death.

"She wasn't like everybody else," she said. "She was just funny. She didn't even need to try. She'd always make you smile from the little dumb things she would say, and she wanted to travel the world and do amazing things."

It's a personality shown in a Snapchat video the two recorded weeks ago. And while heartbroken by the loss, Manuela says it is this keepsake of notes, letters and Polaroid pictures that are holding her together.