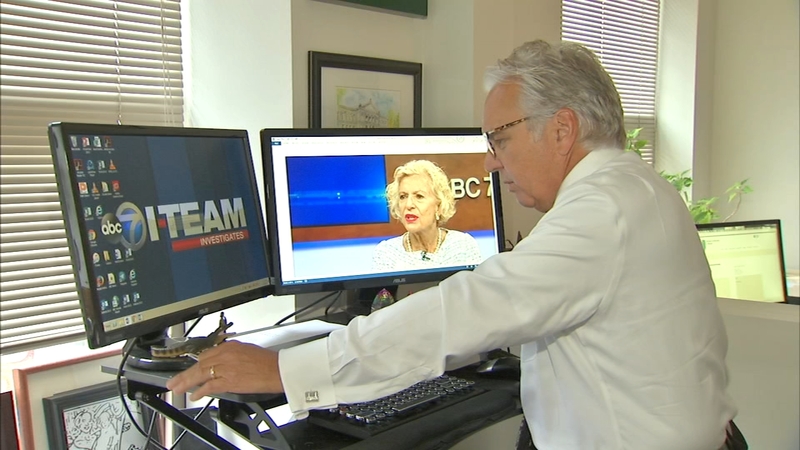 CHICAGO (WLS) -- Despite decades of internal investigations and pledges of transparency by the Archdiocese of Chicago, "secret files" on clergy sex abuse cases may still be hidden by Church officials here, according to a former member of a national review board that investigated the Archdiocese.

That ex-review board member is Anne Burke, now a justice of the Illinois Supreme Court.

In an interview with the ABC7 I-Team, Justice Burke said that she spoke with Illinois Attorney General Lisa Madigan on Friday. Burke said the attorney general has opened an investigation of all six Roman Catholic dioceses in Illinois. Burke said Madigan may have to work with prosecutors in all 102 of the counties in Illinois.

As the I-Team first reported on Thursday evening, Attorney General Madigan decided to examine the policies, practices and procedures of clergy sex abuse investigations at the state's dioceses, following a grand jury case in Pennsylvania that exposed 300 priests who allegedly assaulted more than 1,000 children.

Investigators there have determined that at least seven of the priests named in that grand jury report have "connections to Illinois."

"Whatever number you do find - that we have found already - and whatever is in the secret file, you have to multiply that by more," said Justice Burke.

Chicago Cardinal Blase Cupich is attending a conference in Dublin, Ireland this weekend but a spokesperson for the Archdiocese here offered a denial on Friday when asked about the alleged existence of secret files that were kept from investigators.

"To our knowledge, there are no secret files," Church spokesperson Anne Mesalli told the I-Team.

"We met with members of the office of the Cook County State Attorney and they reviewed our clergy files in 1992, 2002 and 2015," Mesalli said. "Files related to the priests on our website can be found at http://docinfo.archchicago.org/."

Justice Burke was a prominent member of the National Review Board for the Protection of Children and Young People that investigated priest sex abuse and served as its interim chair until 2004.

Her group examined files in Chicago but only ones provided by the Archdiocese. She says they were told there were other files.

Justice Burke said all bishops and cardinals currently atop U.S. dioceses require a more careful investigation because they were once parish priests and may have more knowledge of abuse cases and transfers than had been publicly disclosed.

"The Catholic Church has a moral obligation to provide its parishioners and the public a complete and accurate accounting of all sexually inappropriate behavior involving priests in Illinois," Attorney General Lisa Madigan said in a statement on Thursday.

"We have reviewed the Pennsylvania grand jury report," the statement continued, "which identifies at least seven priests with connections to Illinois. The Chicago Archdiocese has agreed to meet with me. I plan to reach out to the other dioceses in Illinois to have the same conversation and expect the bishops will agree and cooperate fully. If not, I will work with states attorneys and law enforcement throughout Illinois to investigate."

The Chicago Archdiocese also issued a statement Thursday, saying the organization had been contacted by Madigan and was looking forward "to discussing our policies and procedures related to misconduct issues with her and her office."