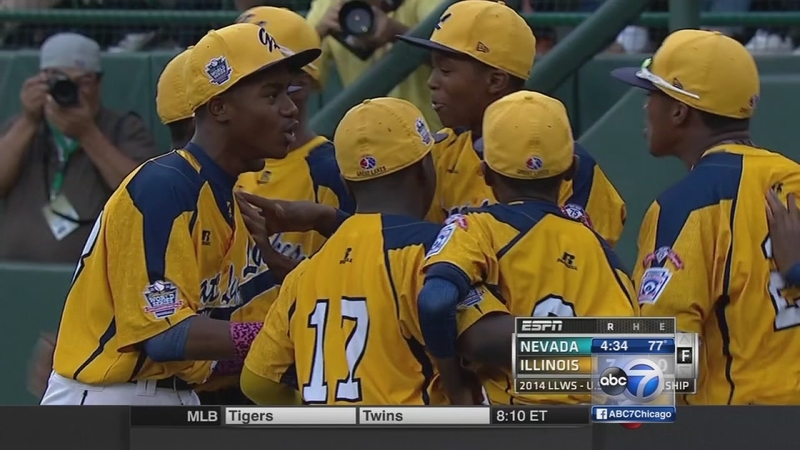 CHICAGO (WLS) -- The adults in charge of the Jackie Robinson West All Stars say it was a difficult decision to file a lawsuit against Little League Baseball.

Earlier this year, the organization stripped the team of its Little League World Series US championship title after officials determined the South Side team added top suburban players in violation of residency rules.

It's been a lesson on life for the young men.

"They said we cheated. All of us we got cheated. We didn't cheat. They cheated us," DJ Butler, player, said.

"We didn't do anything wrong. We just played the game and did what we were supposed to do," Trey Hondras, player, said.

The Jackie Robinson West Little League team had its national championship title revoked because ineligible players were on the team. The team's attorney acknowledges mistakes were made by the league's management, but also said Little League International did not follow its own rules either in processing league paperwork or in processing challenges made by another coach about players' eligibility.

"The fact that there may have been an ineligible player on the team is nothing new. What is new as far as we're concerned, is how it was handled," Victor Henderson, JRW attorney, said.

Henderson filed a lawsuit against Little League International to get information about the organization's decision to take away the national title and how information was obtained.

In a previous interview, Evergreen Park Coach Chris Janes said he obtained addresses of JRW parents. Janes did not responded to a call from ABC7. Little League released a statement, "According to the Little League Rules and Regulations for Baseball Divisions (page T-2; 2014 edition), the Charter/Tournament Committee reserves the right to impose any penalties it deems appropriate, if the committee determines action is necessary to correct a situation brought to its attention, regardless of the source of that information."

The players have started a crowd-funding campaign for their legal defense. While some comments about them have been hurtful, the players said they are grateful to have support both on the baseball field and off.

"I feel like the whole city of Chicago who watched us achieve that championship always has our back, on our side," Brandon Green said.