Ald. James Balcer comes to rescue after man hit by truck in Canaryville 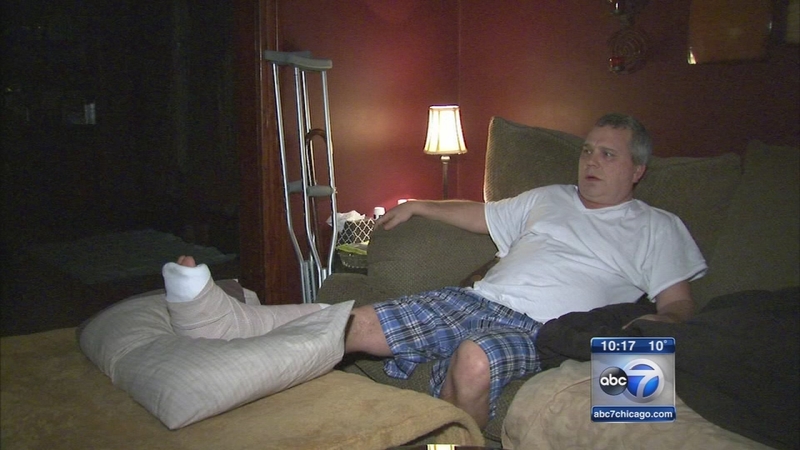 Alderman comes to rescue after man hit by truck

CHICAGO (WLS) -- ABC7 obtained the 911 call made by James Balcer, a Chicago alderman who helped rescue a man hit by a truck. Daniel Lewis' ankle is broken in three spots after a private snowplow driver backed into him.

"I was holding my leg like this, in real bad pain. All of a sudden, I see guys, where did all of these guys come from - and Alderman Balcer is there," Lewis said.

"I was proud to be out there with him and help him," said Alderman James Balcer, 11th Ward.

Balcer immediately called 911 after witnessing the incident Monday near 46th and Wallace.

"We got a man down, I think a guy backed into him. I think his leg is broken. Can you get an ambulance here right away," Balcer said on the 911 call.

Lewis had moved his car down the street. When he was coming back home, he turned the corner and heard someone scream.

"All of a sudden I hear 'Danny!' real loud. At the same time, it was simultaneous, I went up in the air," said Lewis.

"I knew that his leg was broken just by looking at him and the way he was shivering and cold. We couldn't move him," Balcer said.

"He was like, 'Don't worry, everything is going to be all right,'" Lewis said.

The alderman - who was in this neighborhood checking on snowplow progress in his ward - admits being nervous.

"Helping people, that's what this is all about," Balcer said.

Lewis has surgery next week. The alderman's days are numbered.

"When I retire, I will still be here in the community. Whatever the people want, I will always work with them," Balcer said.

"I'm going to miss him when he leaves," said Lewis.