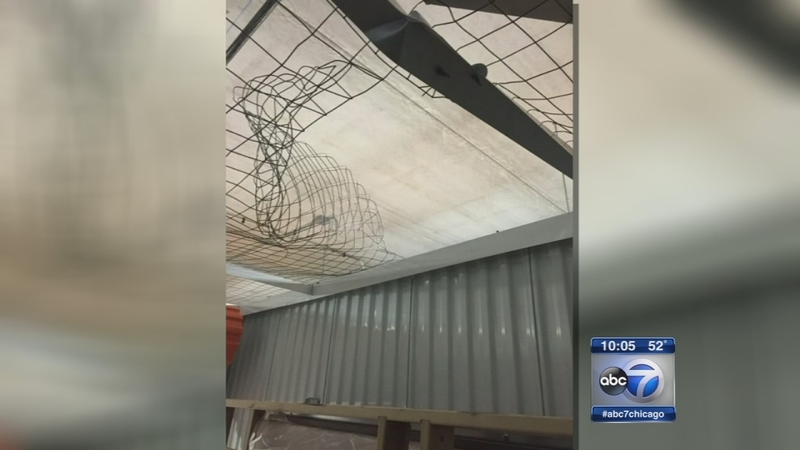 CHICAGO (WLS) -- After burglars broke into a storage facility in the River North neighborhood, one of the renters is warning anyone looking for a storage unit to beware.

Renter Jason Tomaric said his storage unit was ransacked and the metal wire covering the top was peeled back like a tin can.

"Your heart drops for a second because all you can think of is, my God, somebody's been in my personal space," Tomaric said.

Tomaric says his bicycle was stolen, as well a laptop and several hard drives. And he says he wasn't the only victim.

"When I peeked over the top, it looked like somebody had walked along the roof and pressed down all the chicken wire, and there were several spots where I noticed the wire was also cut and peeled up," Tomaric said.

Tomaric says he made the discovery this week, months after last checking on the unit at a Public Storage on the Near North Side, where a pass code is required to open the front gate.

Inside, there are hundreds of padlocked units and any renter can access any floor. The only apparent surveillance cameras are near the elevators.

Tomaric says he was told by a manager that the company had known about the break-ins for months.

"Nobody even bothered to contact us to let us know our units had been vandalized," Tomaric said.

ABC7 left messages for Public Storage both at their corporate office in California and district office locally, but our requests for comment were not returned.

Before renting a storage unit, ask about security, including where cameras are located and hours the building is staffed.

"Be careful, and know that it's maybe not as secure as you think it is," Tomaric said.