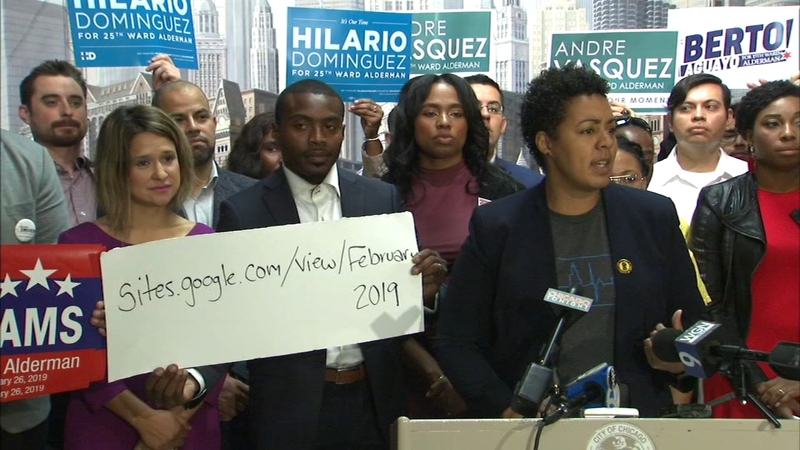 "Just because you've been there the longest doesn't mean you're doing the right job," Jose Luis Torres, a candidate for the 14th Ward.

On Wednesday, about 20 millennial candidates for aldermen urged other millennials to get involved by voting and turn their protests into political action.

"They want us to get out of the streets. They don't want us protesting. They want us to do something productive. They want to see us to engage in a way they are used to. Well, we are here," said Maria Hadden, a candidate for the 49th Ward.

Many candidates say their motivation is to make change after the fatal shooting of black teenager Laquan McDonald. Chicago police Officer Jason Van Dyke was convicted in the killing last week.

"I've seen Laquan's face on many of my students and I'm tired of burying boys that won't grow to become men," said Cleopatra Watson, a candidate for the 9th Ward.

As for possible changes in leadership at City Hall, at least one of the alderman who may face a millennial candidate welcomes the competition.

"I do take my hat off and maybe they are right and if they do win you know what I'm going to do. I'm going to go over and shake their hand good luck to you. I'm off to relax with my grandkids and 17-year-old son," said Ald. Danny Solis (25th Ward).

On Wednesday, Chicago Police Superintendent Eddie Johnson spoke publicly for the first time since the verdict against Van Dyke.