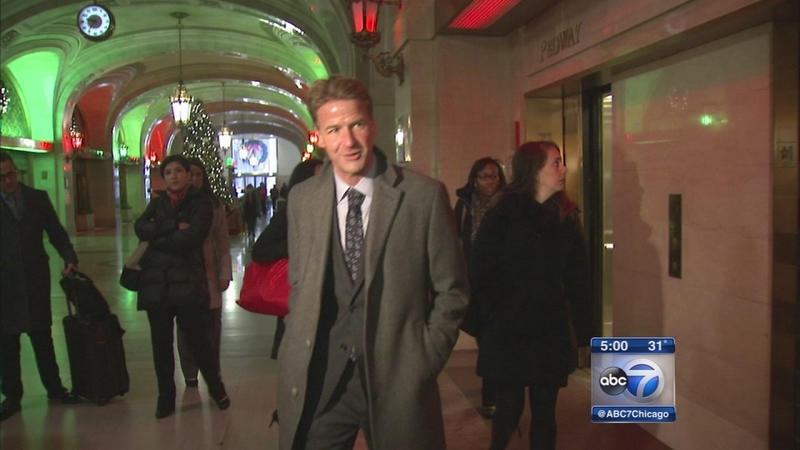 CHICAGO (WLS) -- Chicago Mayor Rahm Emanuel met with U.S. Department of Justice officials on Thursday as a group of retired police officers asked him to wait on appointing the next Chicago police superintendent.

Chicago's U.S. Attorney Zachary Fardon led the U.S. Department of Justice team into City Hall for meetings with the mayor, city attorneys and the administrator of the Independent Police Review Authority (IPRA). As he left two and a half hours later, Zardon was asked if the city was cooperating.

"Again, I'm not going to be making any comments at this time," Fardon said.

On Wednesday, the team introduced itself to the Chicago Police Department. Their investigation will focus on CPD patterns and practices following the release of dash-cam video showing a Chicago police officer shooting Laquan McDonald, 17. McDonald was shot 16 times as he walked away from police. Officer Jason Van Dyke was charged 13 months later.

The visit to City Hall may prove the mayor's office and law department are also under investigation after convincing the City Council to settle police misconduct lawsuits -- costing hundreds of millions of taxpayers' dollars-- after police shootings were ruled justified.

"They are going to go deep. They're going to be comprehensive. They're taking their time. They want it done right," the Rev. Michael Pfleger, St. Sabina, said.

Activists say the lack of economic development is as big a problem as police misconduct.

Father Pfleger was one of several neighborhood activists who have already met with the DOJ team. The group is circulating flyers asking for Chicagoans to contact them with information on current or Chicago police misconducts allegations.

Chicago Mayor Rahm Emanuel's office issued a statement, "We have a mutual goal to create a stronger, better police department that keeps our neighborhoods safe while respecting the civil rights of every Chicagoan."

Critics have been calling for Mayor Emanuel's resignation; a group asking President Barack Obama to get involved rallied outside the first family's home in Kenwood.

Activists, including Pfleger, implored the mayor not to wait for a DOJ report to make changes in the community. They said the lack of economic development is an even bigger problem than police misconduct.

Pfleger suggested the mayor go to corporations as well as the county, state and federal governments for investments in struggling communities. He

"There has to be a mechanism in which to build wealth, legacy for our children's children so we won't be going down this road again three years, five years, even ten years from now," Carl West, publisher, said.

The Justice Department's investigation is expected to take more than a year to complete.

Retired police officers are calling on the US Department of Justice to "use our experience, our skills of many years working within the Chicago Police Department" to overhaul the system.

Protests over the McDonald shooting, investigation and lack of accountability led to the firing of Garry McCarthy as superintendent and ultimately a federal investigation into the CPD by the U.S. Department of Justice. John Escalante is serving as the interim police superintendent.

The group of retired officers called for recent promotions under Escalante be rescinded.

"We see that the department is still stacking the deck. They're still doing business as usual," Retired Chicago Police Officer Richard Wooten said.

The group wants the mayor to wait until after the USDOJ investigation and ask for community involvement before selecting the next Chicago police superintendent. They also want USDOJ to look at police officer tests.

"We're calling for an overhaul of this process... to ensure we get fairness, accountability," Wooten said.