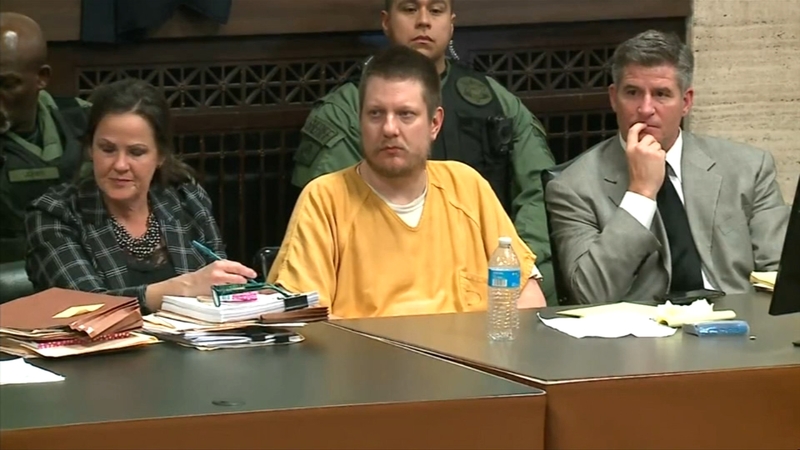 CHICAGO (WLS) -- There are new developments in the Laquan McDonald murder case, as former Chicago police officer Jason Van Dyke is just days away from being released from custody.

The ABC7 I-Team has confirmed from several law enforcement sources that Van Dyke is already in an Illinois halfway house for prisoners who are in the process of being released.

A spokesperson for Governor JB Pritzker's office denied that, saying Van Dyke is "in the custody of the Illinois Department of Corrections," and added, "For safety and security purposes, the Department cannot disclose any information regarding his current location or pending release from IDOC custody."

Meanwhile, pressure is being brought on U.S. Justice Department officials to file federal civil rights charges against the former CPD officer --convicted of killing McDonald with 16 shots during a police operation in 2014.

While it is customary for halfway house stays to be 30 days, Van Dyke's could be shorter.

He is expected to be released this Thursday, but after serving less than half of a seven year sentence, mostly outside of the Illinois Department of Corrections for security reasons, he was brought back into the IDOC and the state last Friday.

It was October 2014 when McDonald was pursued by Chicago police on the South Side.

On Tuesday, Illinois U.S. Senators Dick Durbin and Tammy Duckworth issued a joint letter to U.S. Attorney General Merrick Garland asking for information about the status of a federal civil rights investigation of Van Dyke's conduct. That investigation has been underway for more than six years.

"If the federal government thought it had a slam dunk case, we'd probably see it brought by now. These are difficult cases to bring and they're probably working their way through it very careful," said ABC7 legal analyst Gil Soffer. The former U.S. prosecutor was asked about the kind of pressure a letter like this would bring.

"A letter, yeah, like this, does apply pressure to the attorney general, but you're not going to see the attorney general or the U.S. Attorney's Office bring charges unless they're supportable and unless they think they can prevail beyond a reasonable doubt-- that no matter what kind of letter they receive, they have to be able to satisfy themselves," said Soffer.
Cook County State's Attorney Kim Foxx also wants to see federal action.

"The sentence that was put down for Jason Van Dyke does not meet the crime. And if there's an ability to do something about it on the federal level then by all means something should be done," said Foxx.

There is no statute of limitations for federal prosecutors to file civil rights violations in a murder case. But the facts of this case haven't changed since 2014 and experts explain that practically speaking, if the feds plan to charge Van Dyke, they are not likely to wait for him to be freed from the state system.

His indictment and re-arrest would likely happen soon, if it is to happen at all.