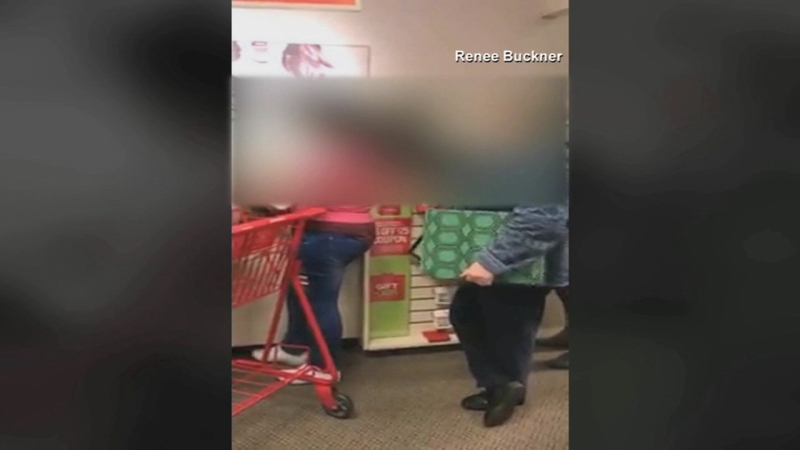 LOUISVILLE, Ky. -- A retailer in Kentucky is trying to figure out who the shopper is who went on a racist rant that is now bouncing around social media.

"Go back to wherever the [expletive] you came from, lady!" A woman said in the video.

Standing in line at the JC Penney in the Jefferson Mall just five days before Christmas, one woman says the only thing she could think to do was pull out her cell phone and start recording.

"I think in this day and time you think, hey just to be on the safe side because the world that we live in now, let's get this on video," a witness, Renee, said.

WHAS11 talked to Renee by phone. Since she posted this video last night, she's received a number of threats but she knew she needed to get this video in the public eye.

"I'm just grateful that God had me at that place and time so I can bring light to the fact that racism is alive and well," Renee said.

"You all are nobodies. Just because you come from another country it don't make you nobody. Nobody. You're probably on welfare. The taxpayers probably paid for all that stuff," the woman said in the video.

Renee says while standing in line, the shoppers added more items to their order while they were checking out, and the woman who was right behind them began sounding off, telling them to get in the back of the line.

"At that point I think everybody was kind of like yeah, that's not right. No one said it but no one was against that part, but then when the racist remarks started you can tell people were embarrassed and ashamed," Renee said.

She says a few people in the line spoke up and agreed with the woman's remarks. But Renee says for the most part, the two shoppers at the front of the line stayed silent.

"We need more love in this country just for this reason," Renee added.