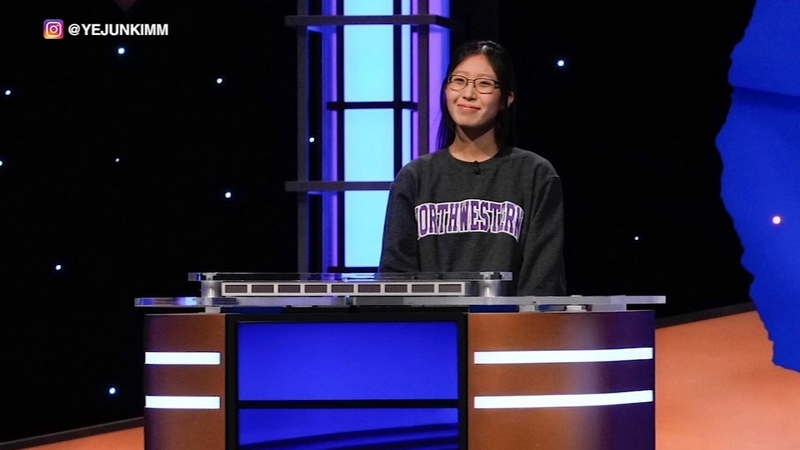 More than 26,000 college students at more than 4,000 schools applied, but only 36 finalists have made it to the "Jeopardy! National College Championships." One of them is Northwestern chemical engineering major Yejun Kim, a senior who said she took the contestant quiz on a whim.

"I feel like it's still not real," Kim said. "Sometimes I think about it and I can't believe, wow, that's literally me."

The Naperville native who graduated from Waubonsie Valley High School said that while she always enjoyed watching "Jeopardy!," she only took the initial online audition quiz for fun, followed by two more audition rounds.

"Those were just over Zoom, so it was like taking another test and then playing like a mock game, with a pen as a buzzer," Kim said. "And we thought that was really cool on its own."

It would be another nine months before Kim got the call, but few could know about the November taping in California.

The college championship event will be seen over nine days of intense competition with host Mayim Bialik.

"There are definitely categories that reference their age and kind of the decades that they were born in and things like that, so that's been really fun," Bialik said.

While Kim can't reveal how many days we'll get to see her on the show, she's hoping her hometown crowd will cheer for her and all of the contestants.

A second player from the Chicago area, Fiona Hellerman of Glenview, will be representing Tulane University.