Former teacher charged with child sex crimes was investigated for prior allegation in January, Diocese of Joliet says 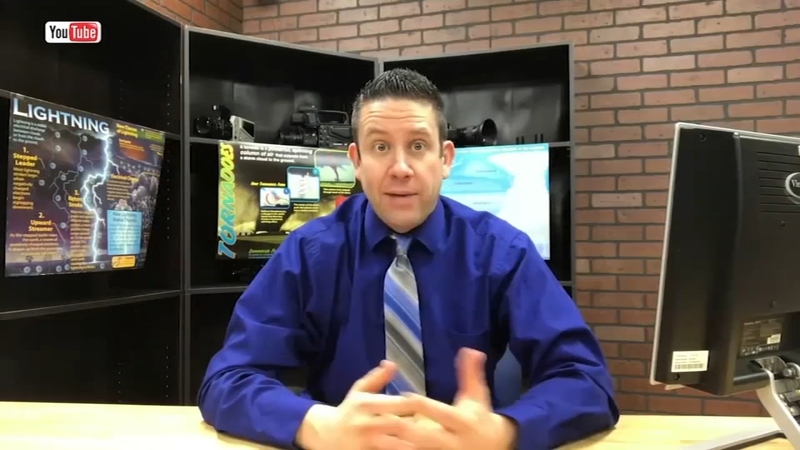 LOCKPORT, Ill. (WLS) -- There are new details about a former suburban school teacher who was fired after he was charged with child sex crimes.

The school Jeremy Hylka used to teach at revealed this wasn't the first time he's been investigated while working at the school.

The Diocese of Joliet said Hylka was on a two-week paid leave in January over allegations of inappropriate behavior with a minor.

Jeremy Hylka is charged with child grooming and other felonies after a Snapchat video surfaced. A cell phone camera was rolling as police say Hylka showed up to a Joliet McDonald's under the impression he was meeting a teenage boy for sex.

At a heated meeting at St. Joseph Catholic School in Lockport Monday night, parents found out that this is not the first time Hylka has been investigated for child sex crime allegations.

According to a statement from the Diocese of Joliet, Hylka was on paid administrative leave for two weeks in January. The decision came after officials said someone contacted St. Joseph's School saying Hylka had reportedly groomed a teen student in the past.

The allegations stemmed from a Tik Tok post about alleged inappropriate behavior between a teacher and a student.

Officials said they reached out to the teen who posted that Tik Tok video, but he did not want to comment to the Diocese. So, the school allowed Hylka back into the classroom.

The Diocese said that the January investigation was kept confidential because it was a personnel matter and the allegations in the Tik Tok video could not be clearly linked to Hylka.

Hylka remains hospitalized. His lawyer will not comment on the case, but said he will turn himself in to police once he is released.

Full Statement from Diocese of Joliet:

Diocese of Joliet officials and administrators of St. Joseph Catholic School in Lockport on Monday night met with school parents.

The meeting was an honest outpouring of raw emotion, ranging from anger and grief to forgiveness and a call to come together as a family. Parents spoke from the heart, expressing their fears and disappointments, as well as their genuine affection for the St. Joseph family. All parents who spoke about their children said they loved St. Joseph Catholic School.

The principal and pastor addressed questions about Jeremy Hylka's hiring for a position teaching religion and science for the current academic year after he had just resigned from his previous employer, Joliet Catholic Academy.

Hylka applied for the St. Joseph's teaching position and was vetted like any other candidate.

Hylka was put on leave in January 2021 for two weeks out of an abundance of caution. The diocese became aware of a Tik Tok video that depicted an adult male lip-synching a song while text scrolled behind him. The text referenced a high school experience in which he was propositioned or groomed by a teacher, who was not named.

A source contacted the diocese identifying the man in the video by name.
Because the text in the video referenced a situation similar to that of Hylka's, the diocese determined the most prudent course of action was to put Hylka on administrative leave while the matter was investigated. The diocese reached out to the man in the Tik Tok video, but he wanted to remain anonymous and declined to talk to diocesan officials. Hylka's leave status was not disclosed to parents because it was a confidential personnel matter and because the account in the video could not be clearly linked to Hylka.