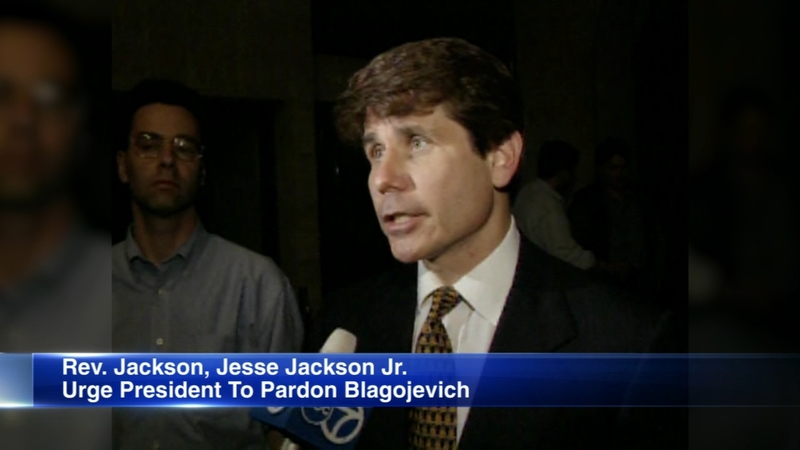 They made their case for Blagojevich to be pardoned in a letter in the Wall Street Journal.

In 2011, Blagojevich was sentenced to 14 years in prison after his political corruption conviction. Jackson said Blagojevich has already served seven years on corruption charges, and that's enough time.

They argued that others have received lighter sentences for more serious crimes including the president's former attorney Michael Cohen.