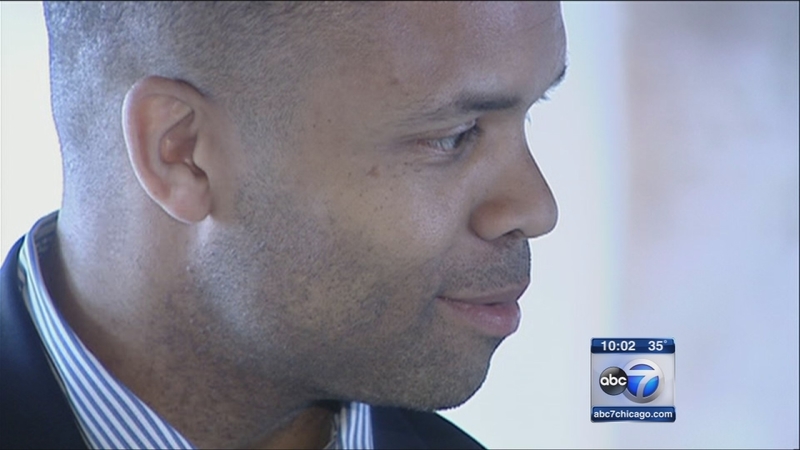 Jesse Jackson Jr. set to be released from prison

CHICAGO (WLS) -- Former U.S. Rep. Jesse Jackson Jr. has less than two full days left in prison. The Jackson family confirmed to Eyewitness News that he will be released on Thursday and taken to a halfway house.

By Thursday night, Jackson will be halfway to freedom - no longer under government lock and key, but still not completely free of the prison system. Just as his predecessors in corruption - most notably former Congressman Dan Rostenkowski and Governor George Ryan - Jackson will be allowed to ease back into society the next six months.

Sometime Thursday, Jackson junior's family is expected to drive through the front gate at Maxwell Air Force Base in Montgomery, Alabama. The federal prison camp where Jackson has been locked up is on the grounds here - minimum security within the high security perimeter of a U.S. military base.

His release from this facility this week is not unexpected to those tracking the Jackson case, although the total time he will serve is less than his 30-month sentence due to credit for the alcohol and drug treatment he volunteered to undergo while in prison.

"There are really two reasons for it. One of which is our prisons are over-crowded so it is a place to put these folks. And the other which will be useful to him is to continue substance abuse treatment, mental health counseling and to find a job and that is really the purpose of a halfway house," said Gil Soffer, former federal prosecutor and ABC7 legal analyst.

Jackson stole hundreds of thousands of dollars in campaign funds to buy luxury items for himself and his family. After he was sentenced, he made this bold proclamation on August 14, 2013: "I believe in the power of redemption. Today, I manned up and tried to accept responsibility for the errors of my ways, and I still believe in the resurrection."

Several miles southeast of the U.S. Capitol, where Jackson served for 17 years, is the federal halfway house where he is expected to report later this week.

The modest, unmarked facility is called "hope village." he will be one of about 30 inmates who arrive each week to finish out their federal commitments.

Whether Jackson is actually assigned to live here, or whether he is allowed to stay under home confinement at the family's D.C. condo, won't be known until he is processed.

"Scott Fawell, who was caught up in the Governor Ryan scandal, described being in a halfway house as like being in a really bad dorm room and that is probably right. It's a little dirty. It's a little congested, a little crowded, but it's better than prison," Soffer said.

The former congressman's release from prison is bittersweet for the Jackson family. It means that his wife, former city council member Sandi Jackson, is herself one step closer to prison.

She was convicted in the case of filing false tax returns and sentenced to one year behind bars, to begin upon her husband's release so their two children would have a parent at home. Officially, Jackson's sentence ends September 20, 2015.