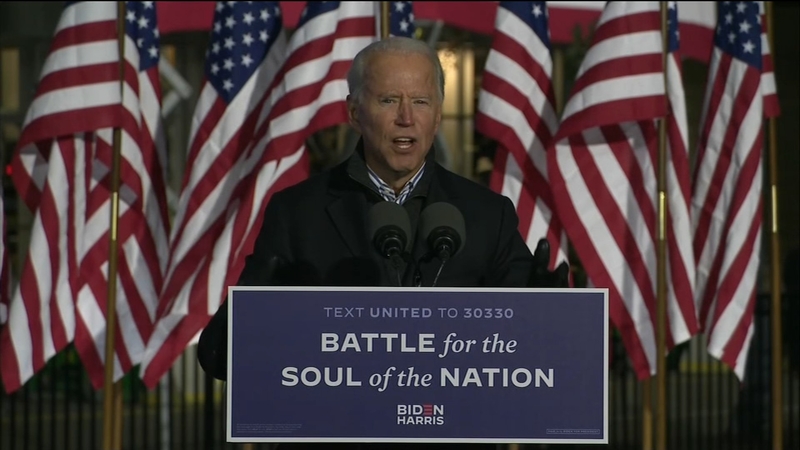 Biden predicted a victory in Pennsylvania on the eve of the election.

Speaking at a drive-in rally in Pittsburgh, Biden encouraged the audience to vote and said, "I have a feeling we're coming together for a big win tomorrow!"

The crowd, about 250 cars gathered in the parking lot of Heinz Field, honked their horns and cheered as he spoke.

Biden was the headliner at a star-studded pair of rallies Monday night. Before he spoke in Pittsburgh, running mate Kamala Harris delivered a call to action at a rally in Philadelphia that was live-streamed on a large screen at the Pittsburgh rally. John Legend played in Philadelphia, while Lady Gaga performed in Pittsburgh and exhorted the crowd to "vote like your lives depend on it!"

Biden delivered a speech focused on the need to expand health care, address income inequality and racial injustice. After four events across Ohio and Pennsylvania Monday, Biden's voice grew hoarse, but he was still energetic, at times pounding the podium for emphasis.