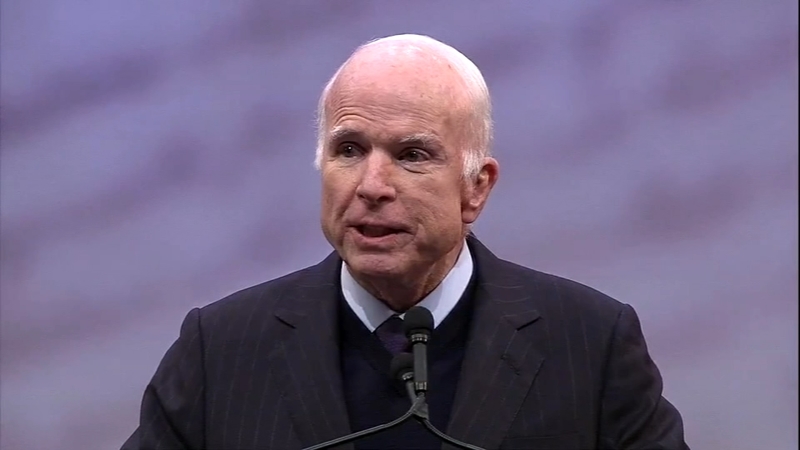 CHICAGO (WLS) -- Reaction to the death of Senator John McCain has been pouring in from across the country.

Sympathy and support for the McCain family is coming from near and far.

Veterans at a ceremony at Chicago's Vietnam War Memorial Plaza Sunday to commemorate 50 years since the war remembered McCain, a fellow veteran, with a moment of silence.

At a news conference about the upcoming midterm elections taking place in the shadow of Trump Tower, Congressmen John Lewis and Raja Krishnamoorthi shared their thoughts on McCain's passing.

"We lost an American hero," Lewis said. "We lost someone who spoke up and spoke out to people around the world."

"He lived a life of service and courage that makes us all proud to be Americans," he said.

Mayor Rahm Emanuel said his thoughts would be with McCain's wife Cindy and their family.
"Senator John McCain is gone but will live on through the countless number of lives he and his good work touched," Emanuel said.