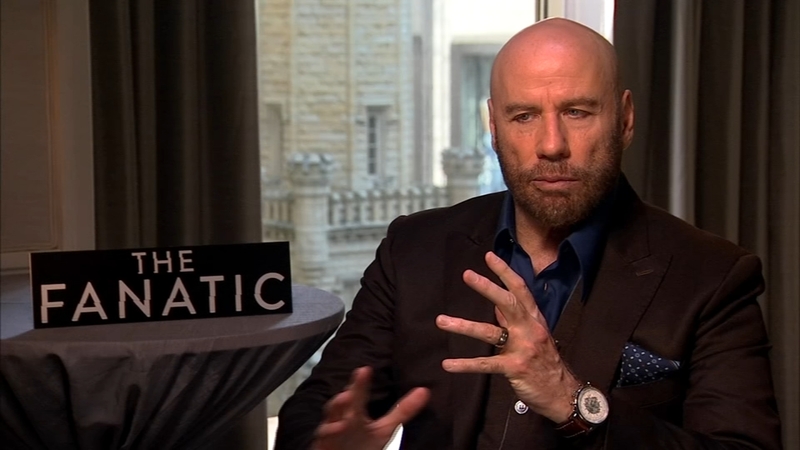 CHICAGO (WLS) -- The tables are turned on John Travolta in his new suspense thriller released this week.

Travolta plays a fan obsessed with a movie star in the new film "The Fanatic," which premieres Friday. The movie will be released on demand and digital September 6.

"The Fanatic" tells the story of Moose, who's obsessed with his action movie hero. When Moose can't meet his favorite actor in person, he takes drastic measures.

"I play a devoted fan that's a man-child and slightly on the spectrum and he does unusual things in order to prove to this movie star that he loves and idolizes him," Travolta said.

The movie is directed by Fred Durst, front man of Limp Bizkit. He wrote it loosely based on his own stalker experience.

"When you nail the physical illusion of the character, you're already on a roll of fully delivering them," Travolta said.

Chicagoland residents can check out Travolta's latest film at the AMC in South Barrington, starting Friday.

Travolta said he's been hooked on Chicago ever since his first visit to the city when he was 9.

"It felt like a new horizon type city to me. Of course, I came to see my sister in a nightclub act at the Happy Medium on Rush Street," Travolta said. "When I first saw Marina City it looked like the Jetsons, captivating. I went to my first professional ballgame here, I watched the Cubs play St. Louis. I had a lot of firsts here."

Travolta has recently garnered some internet attention after being featured in a new music video for Pitbull's song "3 to Tango."