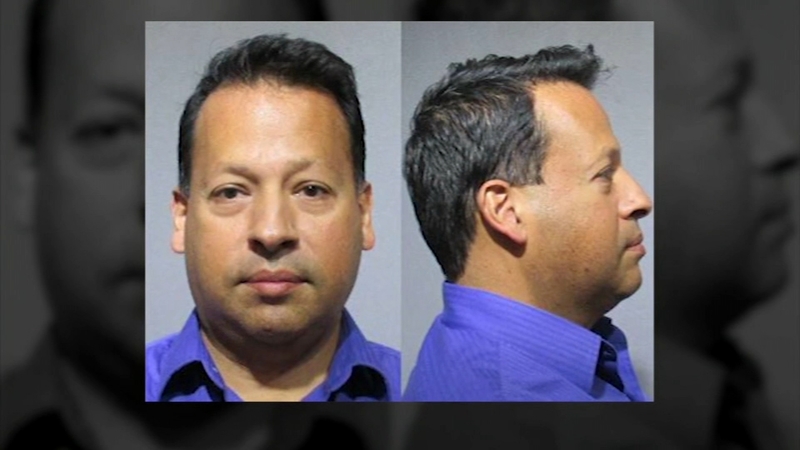 JOLIET, Ill. (WLS) -- A Joliet police officer is facing a felony charge of official misconduct for allegedly leaking dashcam video showing the arrest of Eric Lurry, who died in custody.

The video, mostly recorded from a police dashboard camera, shows officers attempting to retrieve what they suspected were bags of narcotics in Lurry's mouth. His family said they attempted for months to get access to the video, but finally saw it on a television news broadcast after it was leaked to reporters.

Joliet sergeant Javier Esqueda is now facing criminal charges in the leak. After initially placing him on desk duty earlier in the summer, the Kendall County Sheriff's Office took him into custody and charged him with two counts of official misconduct, which is a felony.

Authorities allege he accessed the video from his police computer and distributed it. He is being held on $5,000 bond.

Lurry's widow has filed suit against the four officers involved in the incident, but they have not been charged with any crime.