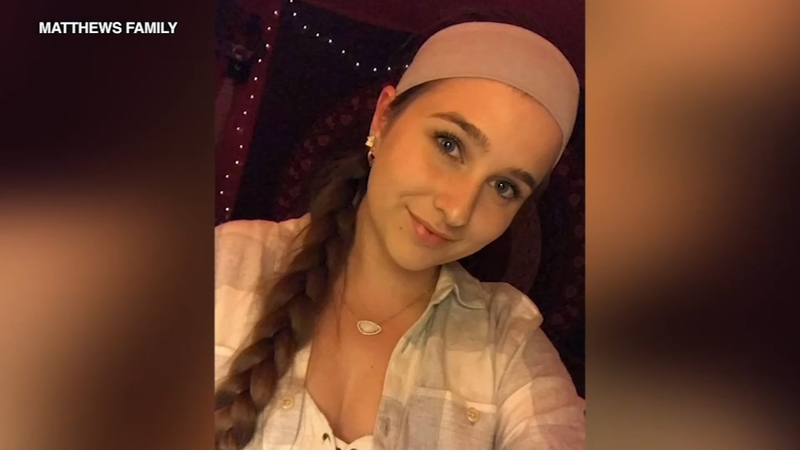 WILL COUNTY, Ill. (WLS) -- Authorities said Friday they have arrested the "prime suspect" in a shooting at a Joliet Township Halloween party that killed two people and injured 9 others.

The Will County Sheriff's Office said the suspect is an 18-year-old Joliet man. ABC7 is not identifying him because he has not yet been charged in connection with the deadly mass shooting.

Police responded to a shooting in the backyard of a home around 12:40 a.m. Sunday in the 1000-block of East Jackson Street.

At least nine people were injured and taken to local hospitals. Two people died as a result of their injuries on the scene, police said.

Holly Mathews and Jonathan Ceballos, both 22 years old, were identified by family members as the two people fatally shot.

Mathews was studying to be an arborist at Joliet Junior College and had just gotten engaged two weeks ago while on vacation in Utah. But while she was out with two girlfriends celebrating Halloween Saturday night at a house party, her loved ones said she was shot and killed.

Ceballos was his childhood friend.

Mathews and her friends were there only briefly and had, by all accounts, decided to leave when police said two men standing on the porch began firing into a crowd of people gathered in the backyard.

Mathews' family spent hours at her visitation Friday, finding some solace in the arrest, but still reeling in pain.

"It means justice will be served... and he'll be off the streets, not hurting more kids anymore," said Sharyl Mathews, the victim's mother.

Her fiancé, Adam Gregurich, also found some comfort in the news.

"Made me feel a little better, but now just needs to be carried out hopefully," Gregurich said. "Hopefully it's the right person."

Mathews' fiancé said she did not know the suspect, who authorities say faces multiple unrelated charges and "is being held on a $1 million bond."

"I just want to crawl inside with her and hug her and tell her how much I love her," her mother said.

Visitation for Mathews continues Saturday before her funeral. Ceballos' visitation begins on Sunday.