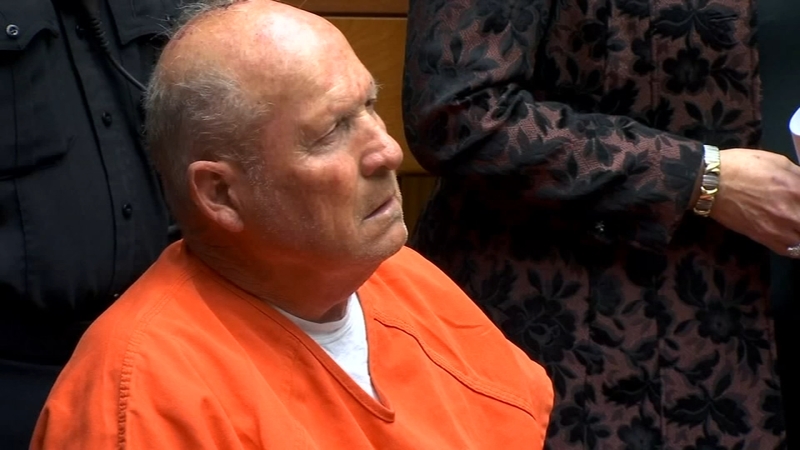 FRESNO, Calif. -- The man accused of being the Golden State Killer is expected to plead guilty to avoid the death penalty.

Joseph DeAngelo is set to admit to 13 murders and as many rapes in a Sacramento County courtroom on June 29.

Victims of some of the crimes in the case voiced both relief and frustration bordering on anger upon hearing of the plea deal.

In 2018, authorities said DeAngelo allegedly committed at least 12 homicides, 50 rapes, and dozens of burglaries across 10 counties across California between 1974 and 1986.

During his alleged crime spree, which makes him one of the worst serial killers and rapists in U.S. history, DeAngelo was called the "Golden State Killer," the "East Area Rapist," the "Original Night Stalker," and the "Visalia Ransacker."

Despite thousands of tips pouring in over the years, DeAngelo's name had not been on the radar of law enforcement before last year, Sacramento County District Attorney Anne Marie Schubert said.

A break in the case and the arrest came together in "light speed."

Prosecutors say they made a partial DNA match by using genealogical websites that contained genetic information from a relative of DeAngelo.